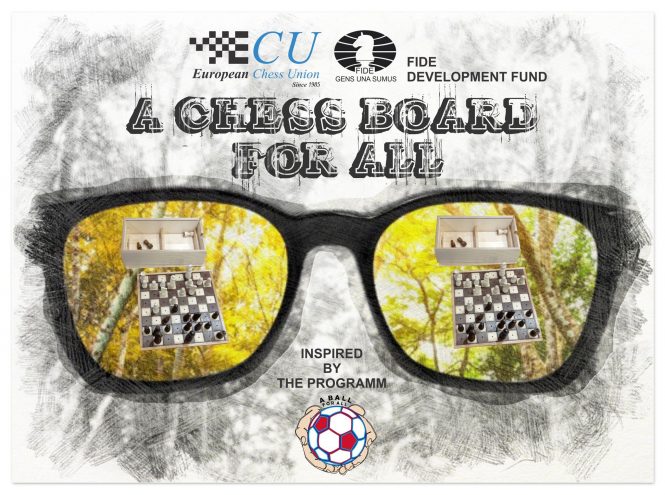 The European Chess Union launches the campaign “A Chessboard for All” with the aim of donating specially made chessboards to blind or visually impaired children and young people throughout Europe. The donation will also be distributed to general schools and special schools for inclusive educational activities. Distribution will begin in February 2022.

The programme is inspired by the “One Ball for All” campaign launched by UEFA and other major international organisations. ECU will solicit donations from various organisations to distribute as many chessboards as possible and asks for any possible cooperation in the campaign.