The 42nd Chess Olympiad was opened yesterday with a beautiful opening ceremony, held at the Baku National Gymnastics Arena. 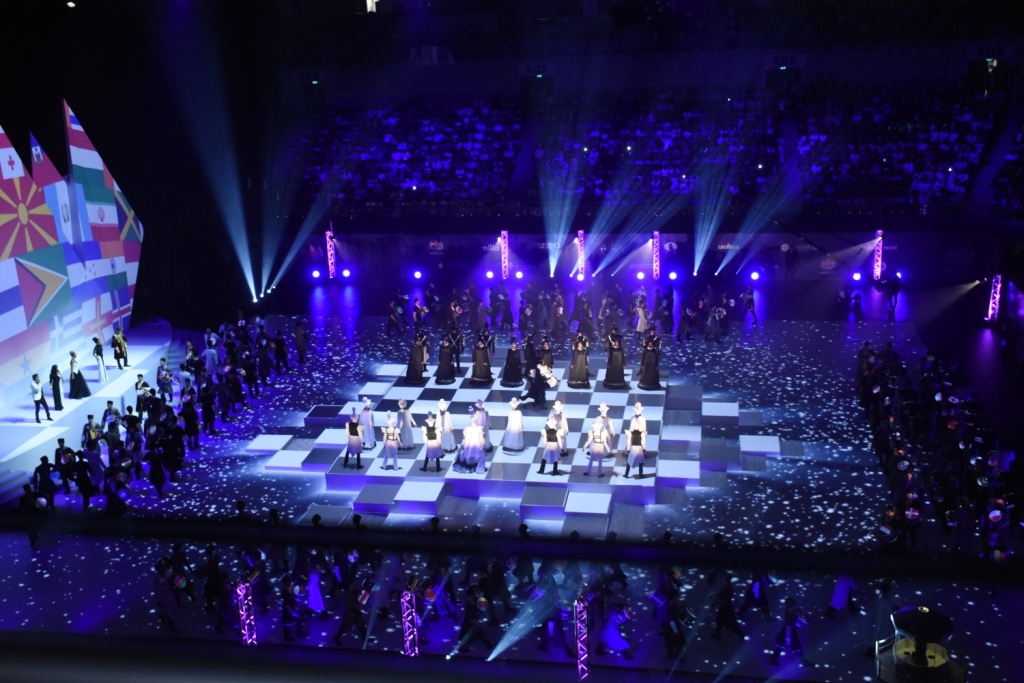 The ceremony was attended by the President of the Republic of Azerbaijan Ilham Aliyev, his wife Mehriban Aliyeva, family members, FIDE President Kirsan Ilyumzhinov and other delegates, world chess champions, various state and government officials, as well as the players, captains and delegates of the 176 participating federations. 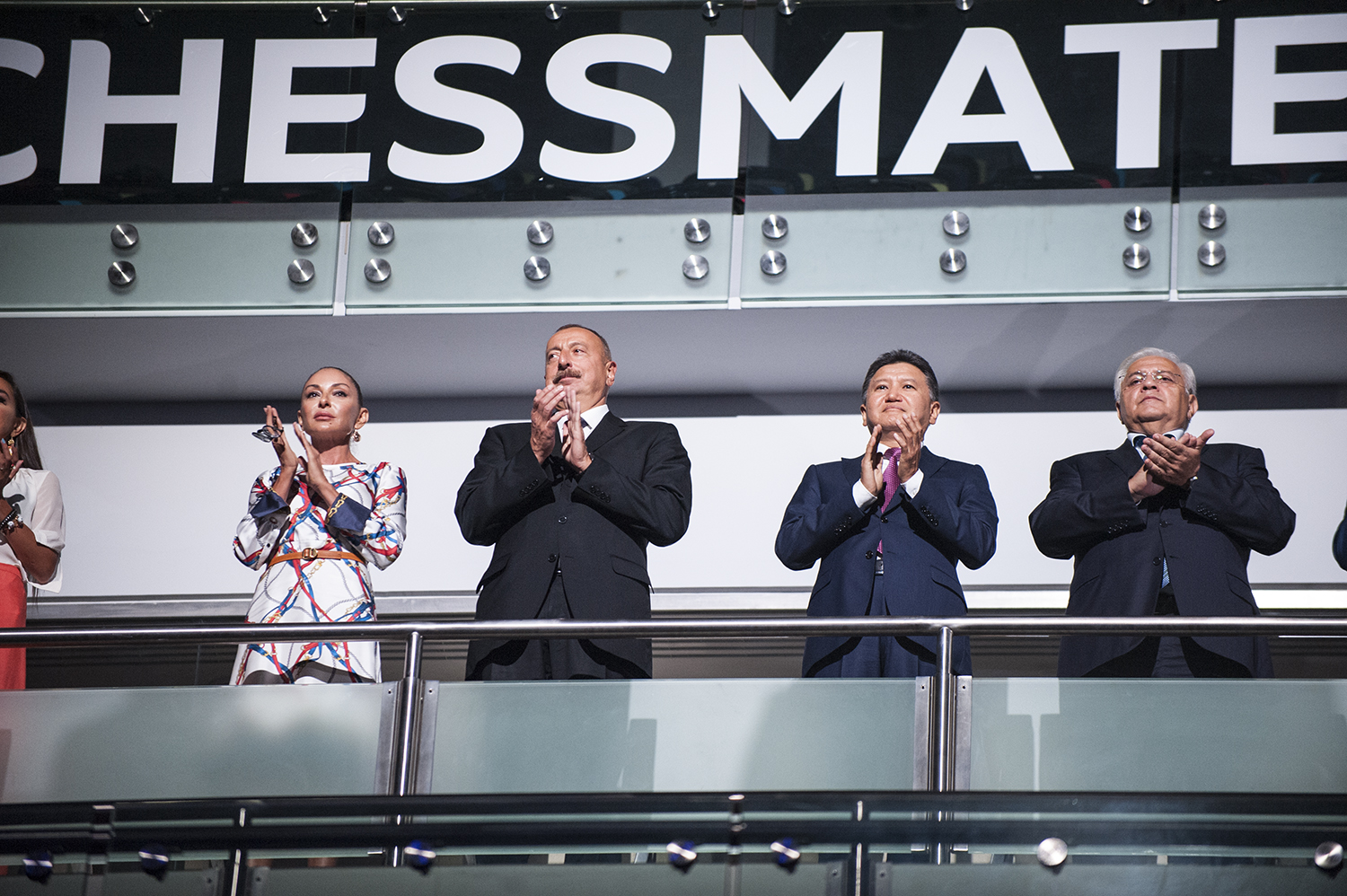 The President of the Republic of Azerbaijan Mr. Aliyev declared the 42nd Chess Olympiad open, after he addressed the audience.

Former World Champion Vladimir Kramnik and Women’s World Champion Hou Yifan joined the Chief Arbiter Faik Gasanov on stage for the drawing of colors, as leaders of the highest-rated teams in the two sections. Kramnik drew the black pieces for his team in the first round, while Hou drew white. 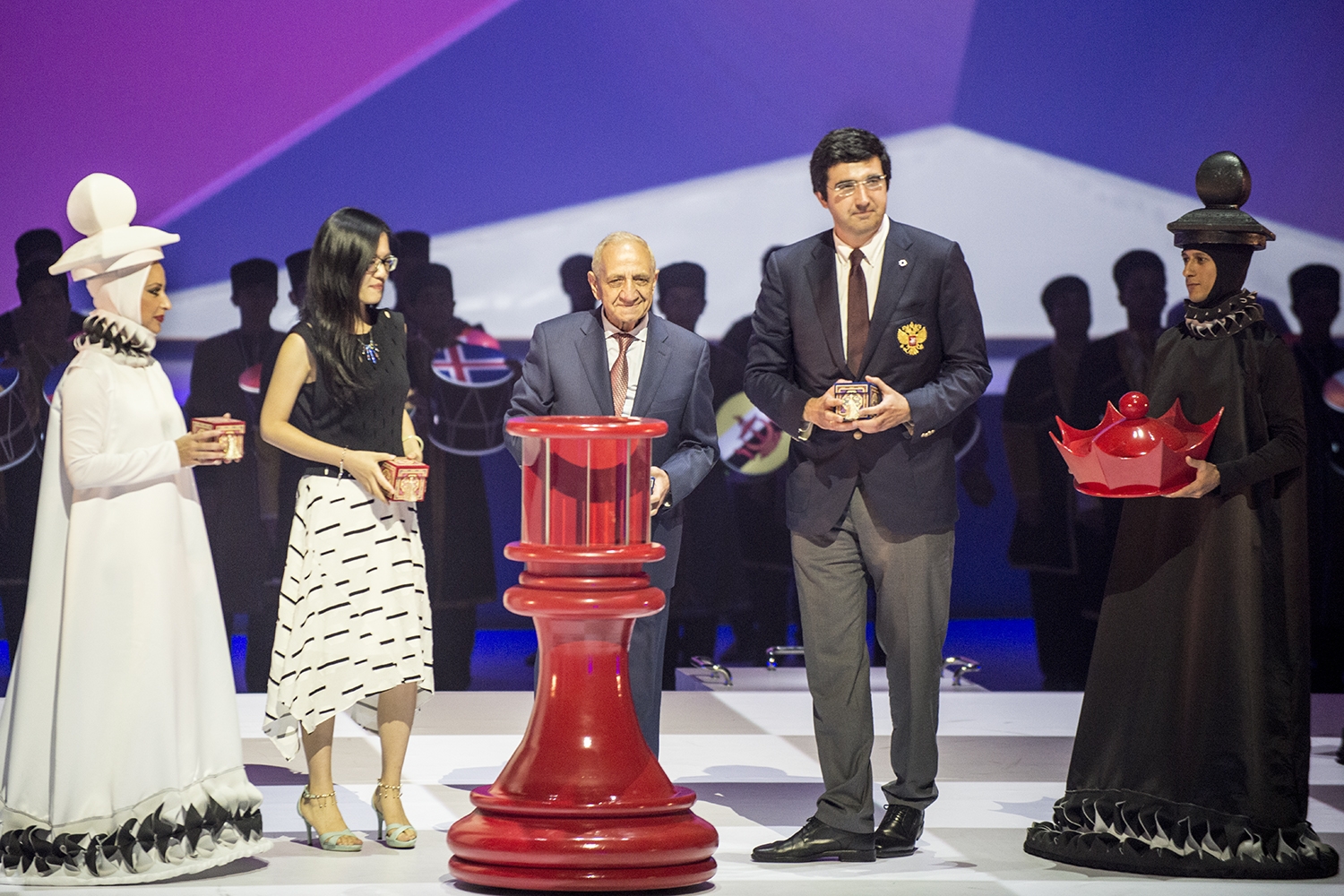 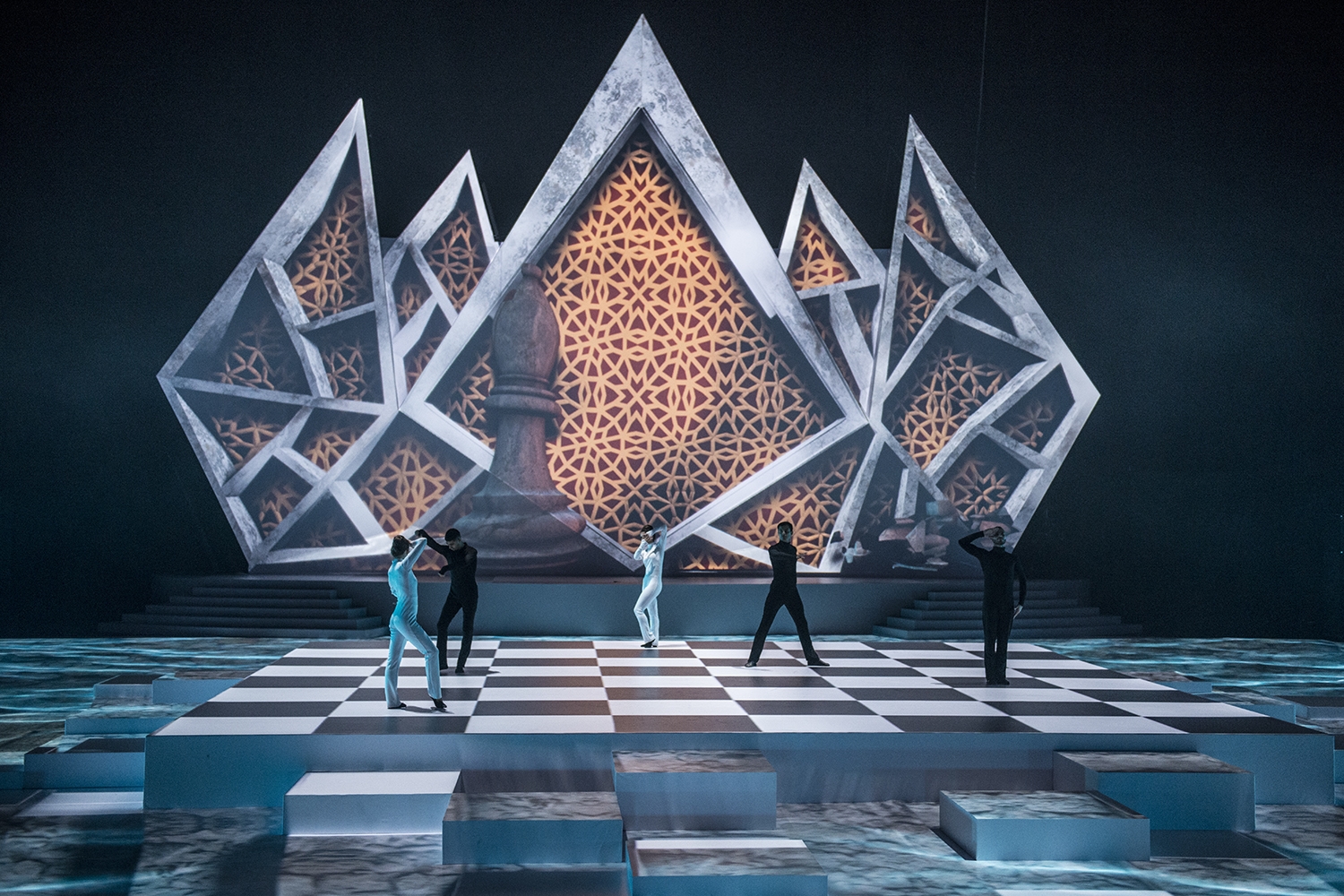 The first round starts today at 3.00 pm (local time) with live coverage on the Official Website