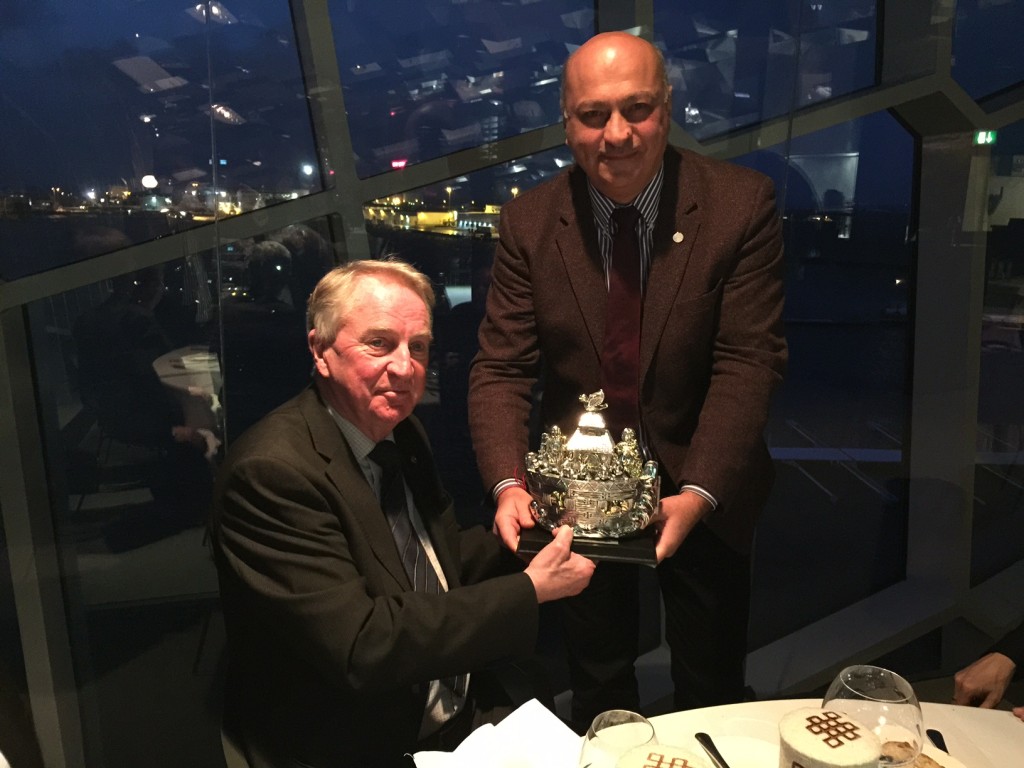 The ECU President was invited from Icelandic Chess federation for the celebation of the 80th birthday of Mr. Fridrik Olafsson and the preparation of the European Team Chess Championship 2015 which will be held in November in Reykjavik.

Mr. Azmaiparashvili attended the opening ceremony of the tournament, gave a short speech and made a symbolic move vefore the 3rd round, visited Robert Fischer’s grave in Sunderland. 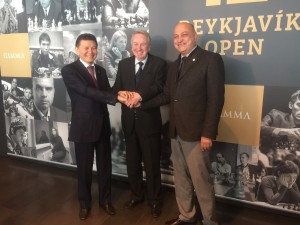 With Kirsan Ilyumzhinov and Fridrik Olafsson before round 1 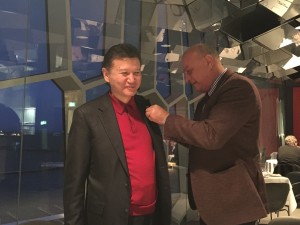 The tournament broke the record of participants’ number, as this year a total of 274 players from 37 countries participate in Reykjavik. 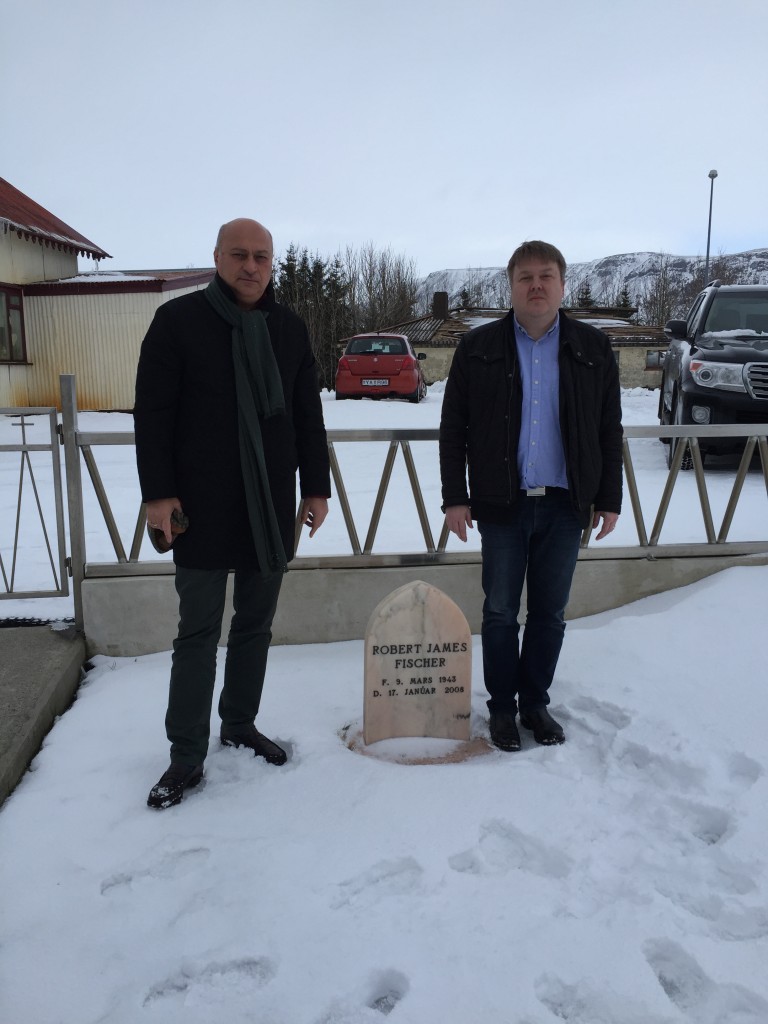 On Fischer’s grave with Gunar Bjornsson, President of Iceland CF

This year’s edition is a very special one, as it is held in celebration of the 80th anniversary of the legendary Icelandic grandmaster and former FIDE President, Fridrik Olafsson. 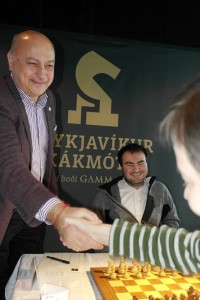 Symbolic first move of the 3rd round 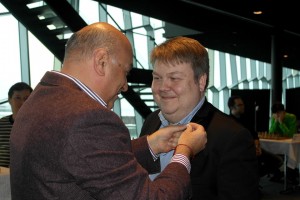 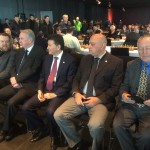 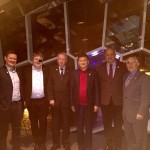 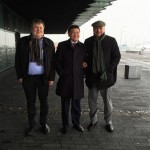 With Gunar Bjornsson and Kirsan Ilyumzhinov 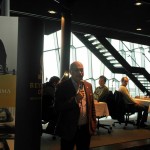 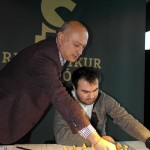 ECU President making symbolic move of the round 3 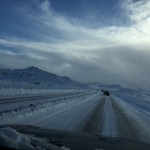 Road to Sunderland (where Fischer’s grave is) 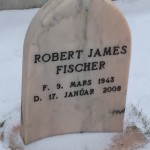 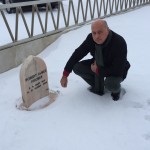 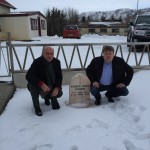 On Fischer’s grave with Gunar Bjornsson