UNIQUE ACHIEVEMENT OF IM CEMIL CAN

At the recently ended European Youth Chess Championship 2015 in Porec, young and talented Turkish International Master Cemil Can Ali Marandi (2422) won gold in category Boys U18, but this wouldn’t be a big surprise, hadn’t it crowned a whole youth career.

To be precise, Cemil Can won gold medals in 5 categories of European Youth Chess Championships!

At the European Youth Championship in Herzeg Novi/Montenegro in 2008, Cemil Can won gold under 10. 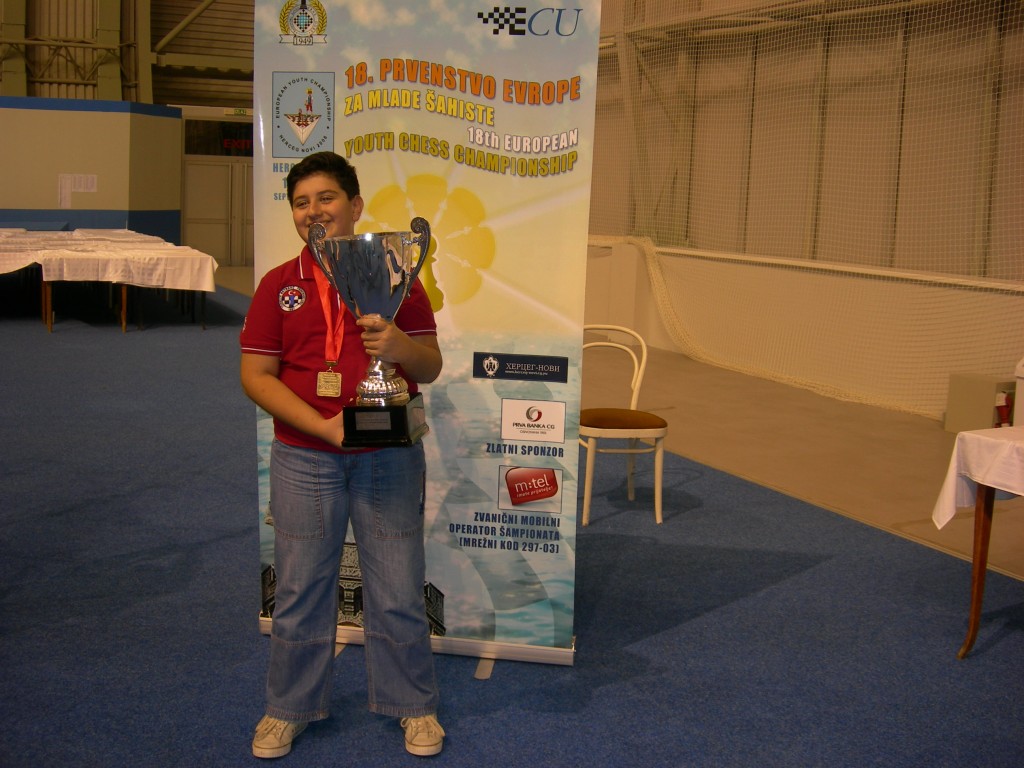 In 2010 he triumphed at Championship in Batumi/Georgia, in category U12. 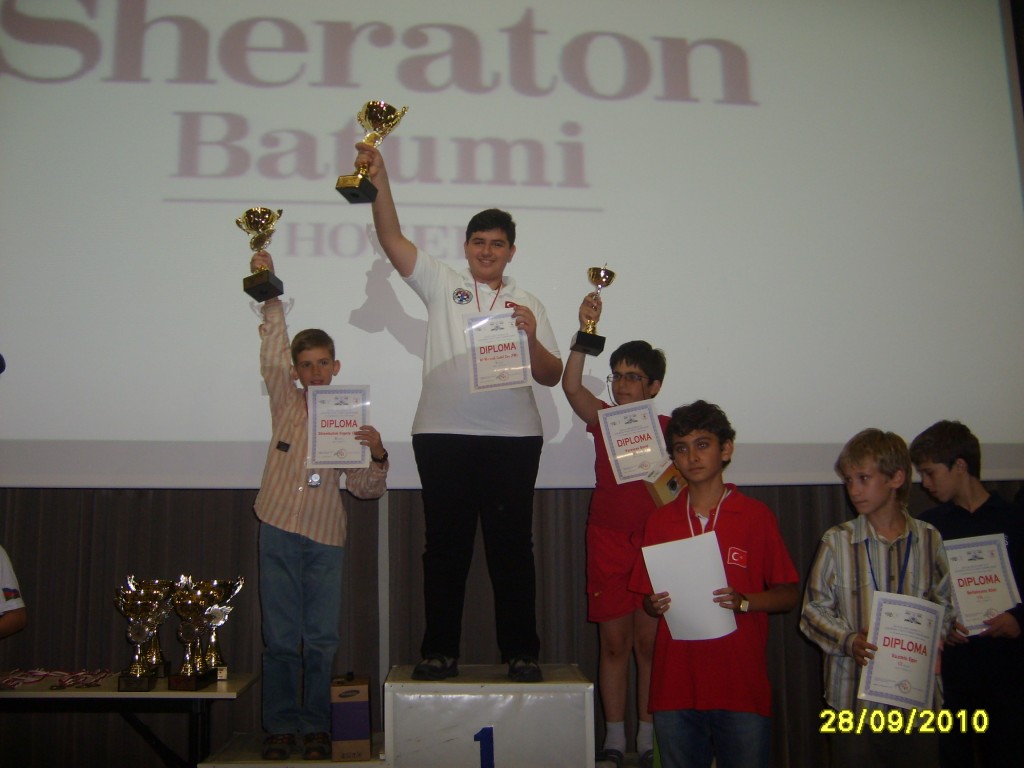 A year later in Bulgaria he won the Championship U14, and in 2014 again in Batumi he won gold in category U16. 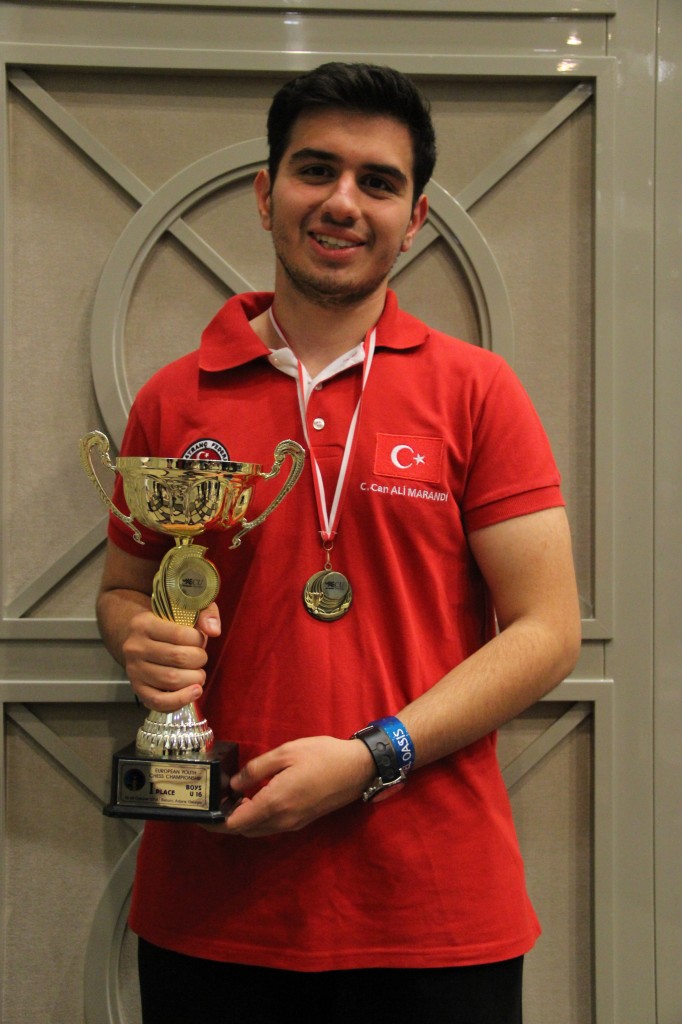 He crowned the collection of gold medals with the victory in Porec U18.

This unique achievement of young Turkish IM certainly dragged the attention of many, and we hope his chess career will be prosperous as it was until now. 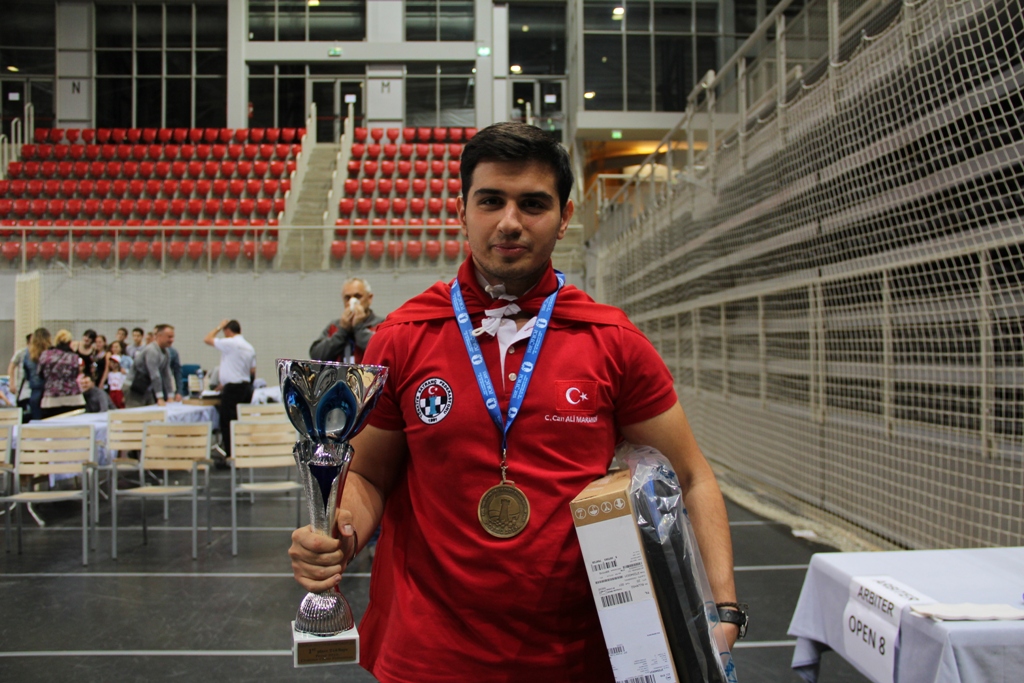