GAMMA Reykjavik Open 2018 has officially started on 6th March. The tournament has been officially opened when the president of the Icelandic Chess Federation, Mr. Gunnar Bjornsson, and Mr. Zurab Azmaiparashvili, the president of ECU, addressed the players and made a short speech before the start of the first round. The 1st ceremonial move has been made by Mrs Líf Magneudóttir of the Reykjavik City Council.

On the 7th of March, the Minister of Education, Science and Culture of Iceland- Lilja Alfreðsdóttir, the President of European Chess Union, Zurab Azmaiparashvili, and the President of the Icelandic Chess Federation, Gunnar Bjornsson had a meeting where they discussed about chess in primary schools and featuring ECU educational conference in Reykjavik.

The Minister was highly motivated with the idea of teaching chess in schools. Lilja Alfreðsdóttir stated that chess could be a milestone in raising children, among many other benefits, this sport can help develop concentration skills, which young children lack these days. The subject of the future ECU educational conference was discussed as well and the decision was made to hold the conference in Iceland, Reykjavik, the conference would be organized by the Icelandic Chess Federation with the support of the Ministry of Education, Science and Culture of Iceland.

More information about the Reykjavik Open 2018, which is this year dedicated to chess legend and 11th World Champion- Bobby Fischer, can be found on the official website. Top boards are live transmitted and the live coverage, together with live commentary, can be followed through the official website of the event.

Along the several memorial events which will be held during the event in honor to Bobby Fischer and his contribution to chess history, the 1st European Random Cup will be organized and will take place on 9th March, the day when Bobby Fischer would have turn 75 years, during the GAMMA Reykjavik Open. 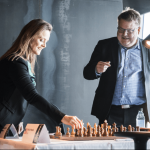 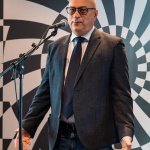 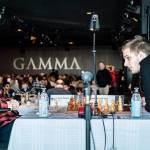 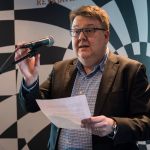 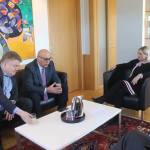 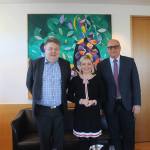