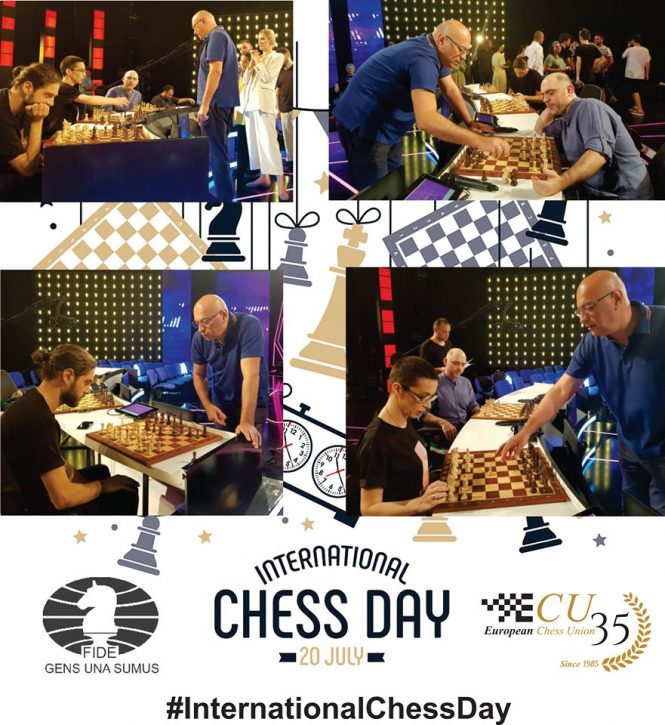 Today, 20th of July, World celebrates the #InternationalChessDay. The International Chess Federation (FIDE) was founded, 96 years ago on 20th July 1924.

The idea to celebrate this day as the International Chess Day was proposed by UNESCO, and it has been celebrated as such since 1966. On December 12, 2019, the UN General Assembly unanimously approved a resolution recognising the World Chess Day.

Zurab Azmaiparashvili teaches the judges of show, famous artists, how to play chess and then plays a game with them: the Georgian Composer, Conductor, author of the European Chess Union’a anthem- Nikoloz Rachveli, the violist Giorgi Zagareli and the singer Nato Metonidze.

The special video making by ECU is dedicated to the #InternationalChessDay and thousands of the TV Show fans will follow the lessons and games with their favourites stars! How many will learn to play Chess? A lot (!) since the show is one of the most popular in Georgia!

FIDE President, Mr. Arkady Dvorkovich, invited the chess world to participate in the International Chess Day action and teach someone how to play chess.