India became the sole leader and the only team with the perfect score after they defeated the Netherlands in the 6th round of the 42nd Chess Olympiad in Baku.

The crucial victory for India was delivered by their 2nd board  B Adhiban over Erwin l’Ami, after the remaining games were drawn. 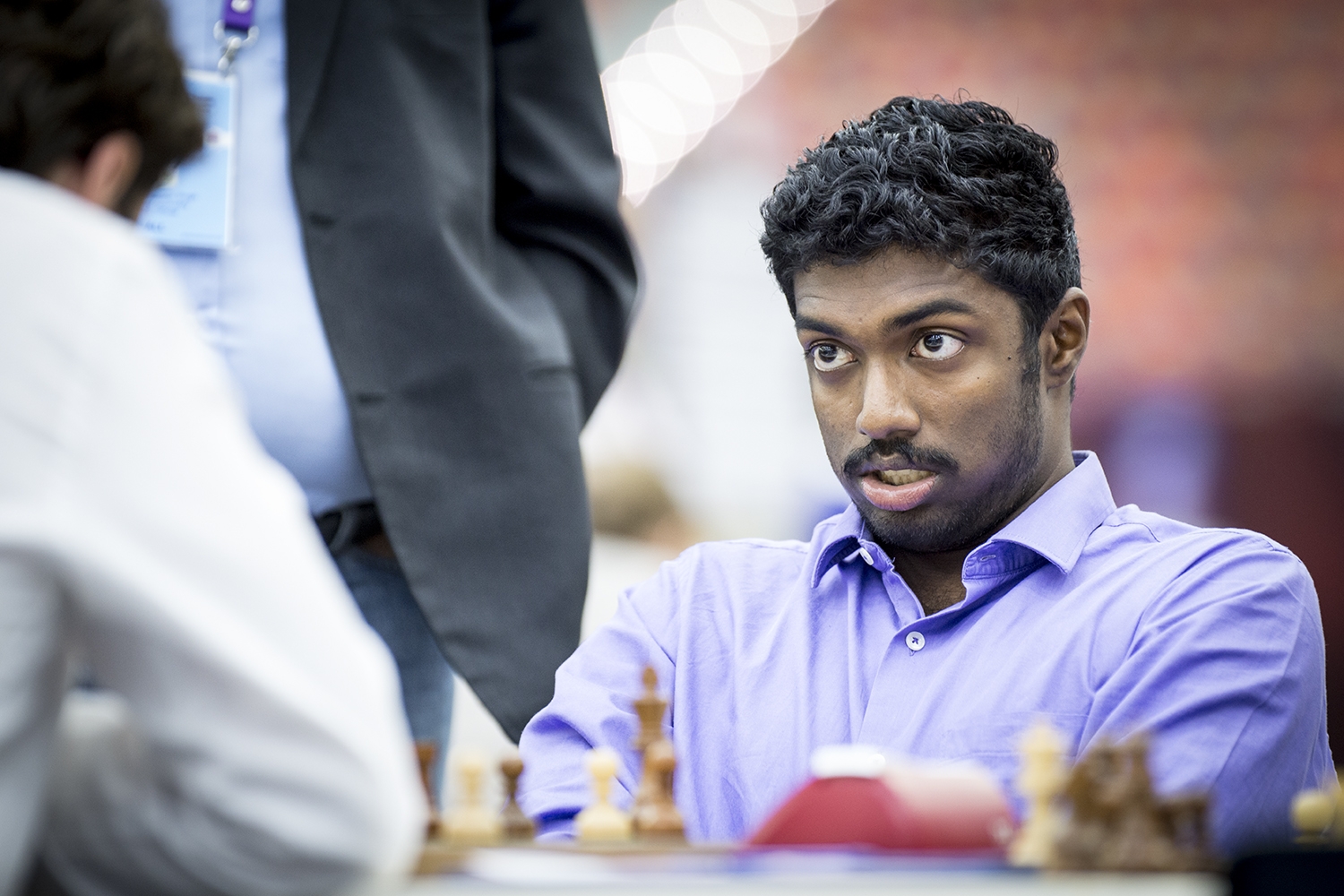 The team of USA defeated Ukraine with minimum score, while Russia outplayed Germany with 3-1. Georgia and Czech Republic tied their match, the same as the first team of Azerbaijan and Greece. 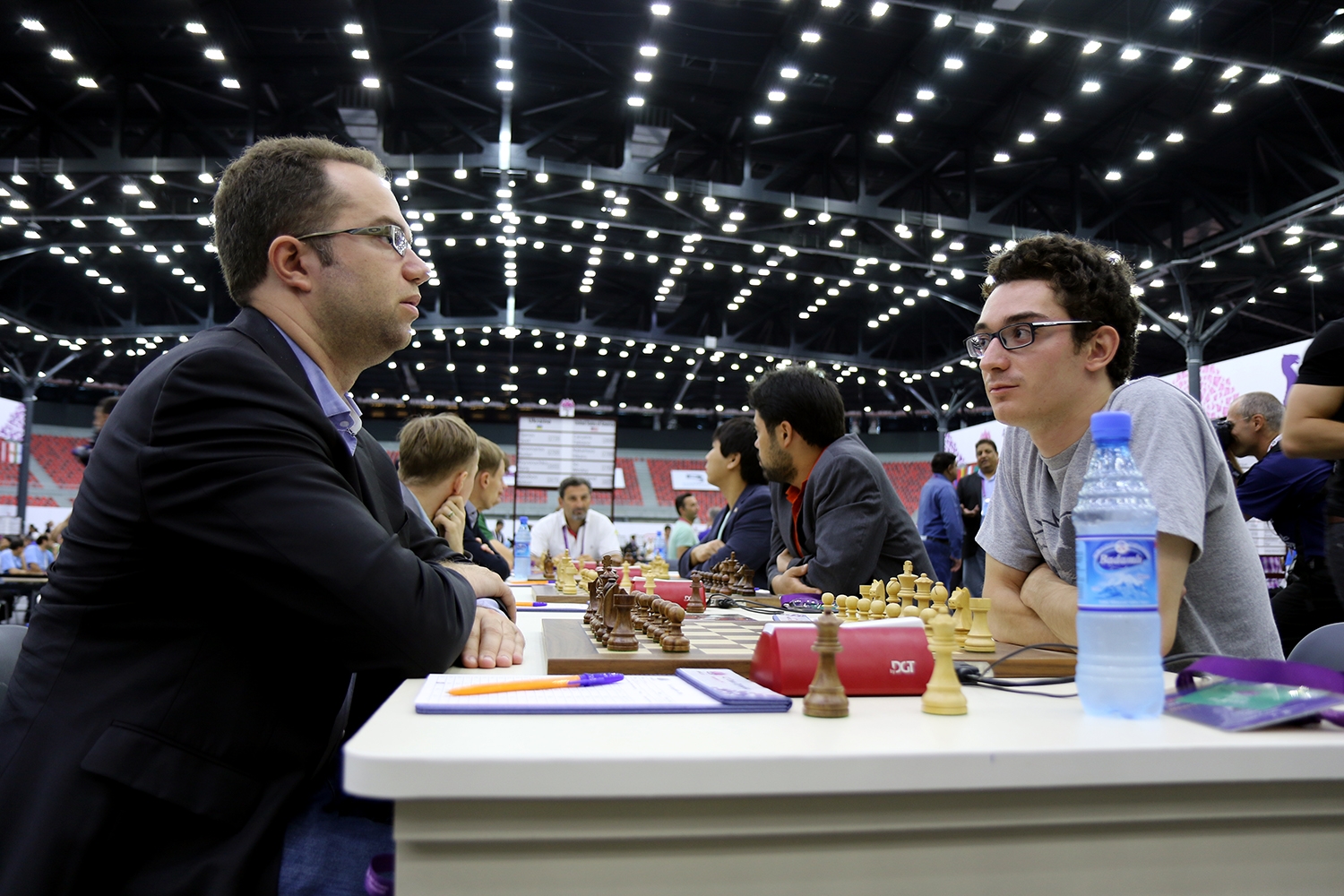 Sandro Mareco of Argentina made a big upset by beating Wang Yue on the top board, even though his team lost the match. Canada beat Belarus with the minimum score thanks to the win of Eric Hansen.

Philippines played  2-2 with Norway, as Grandmaster Sadorra made a draw with the World Champion Magnus Carlsen on the first board.

Top pairings of the 7th round:

India vs USA, Latvia vs Netherlands, Russia vs Czech Republic, Georgia vs Romania, England vs China, Ukraine vs Canada, etc.

In Women section the top encounter and the most awaited match between Russia and Ukraine ended by splitting the point. 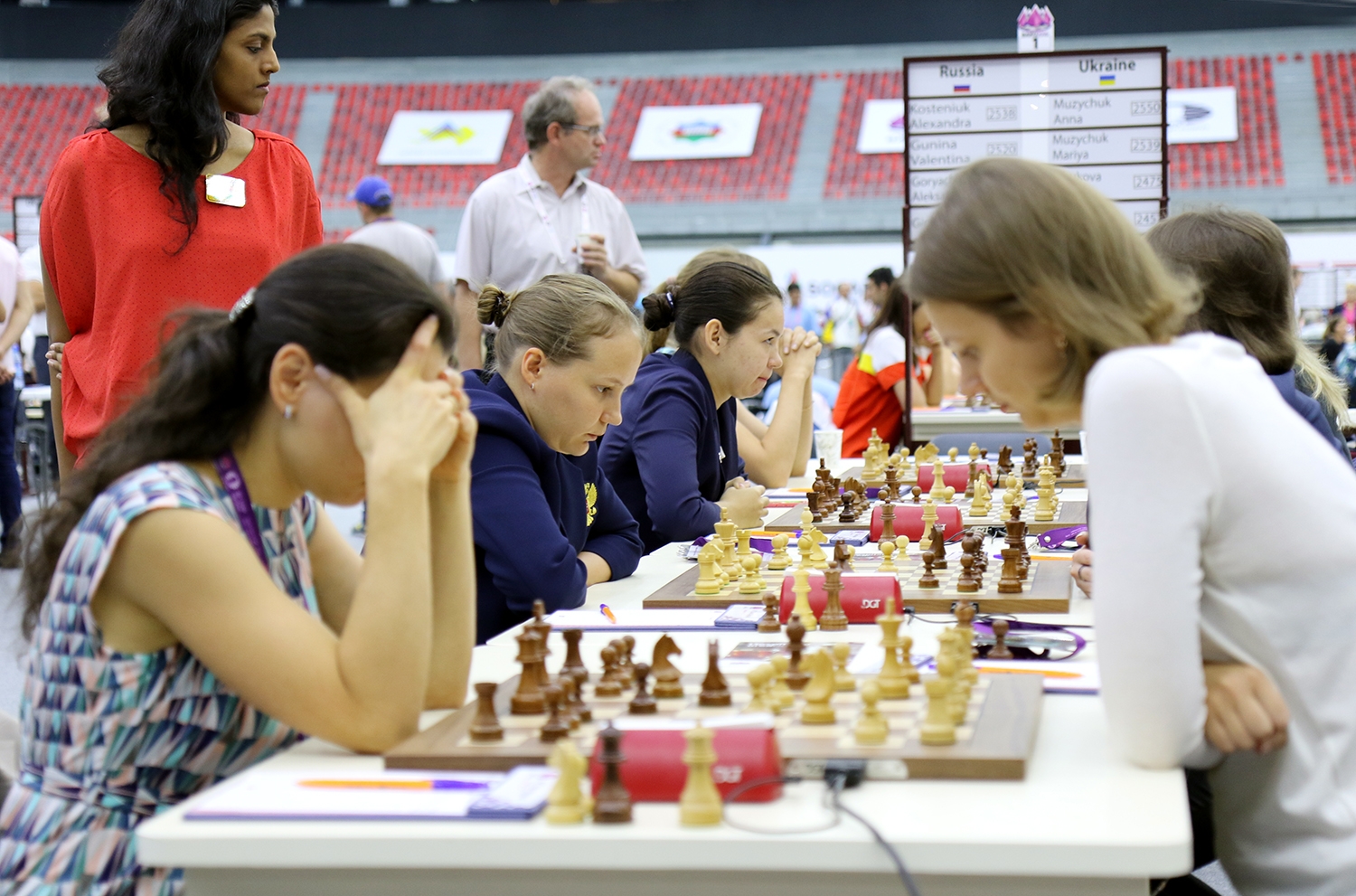 China was held to a draw by Romanian team, as the World champion Hou Yifan skipped the match. Corina-Isabela Peptan beat Ju Wenjun on the first board, and equalization was brought by Guo Qi, who scored against Irina Bulmaga. 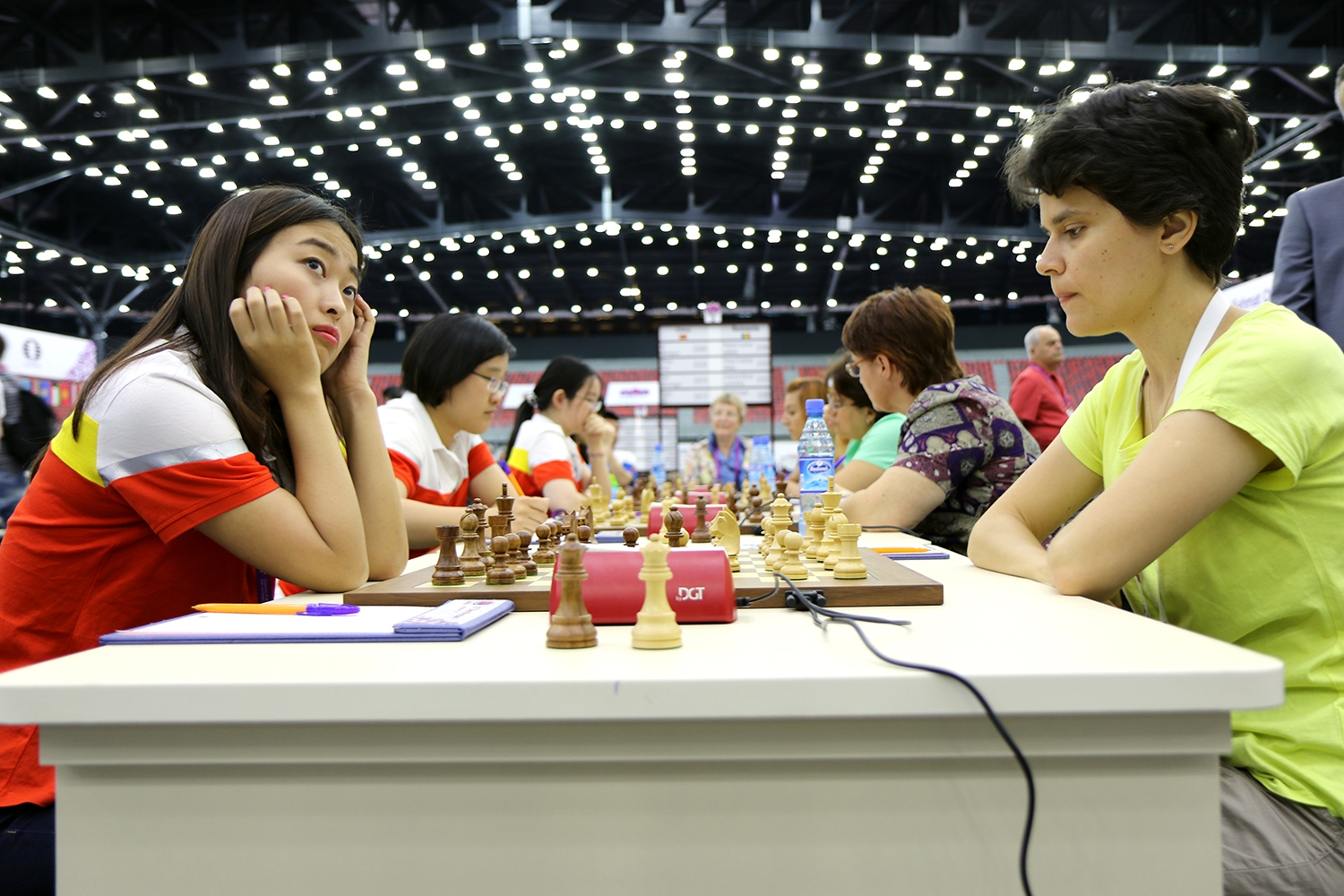 Azerbaijan team made a nice surprise and tied the match against Georgia, while Kazakhstan drew with Hungary. India beat Latvia, and Poland defeated Vietnam. 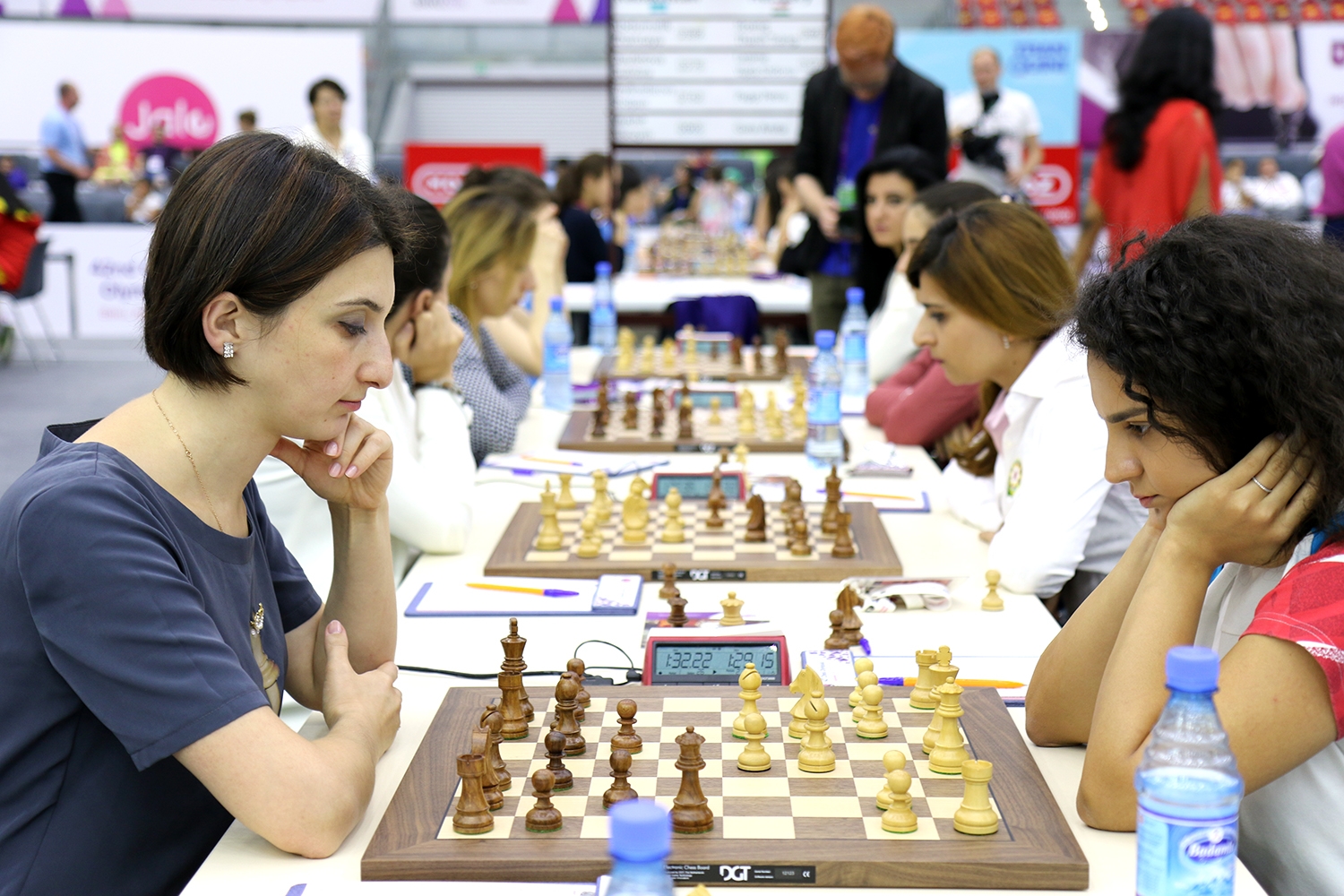 Russia vs Poland, China vs Ukraine, USA vs Romania, Azerbaijan vs India, Netherlands vs Georgia, etc. 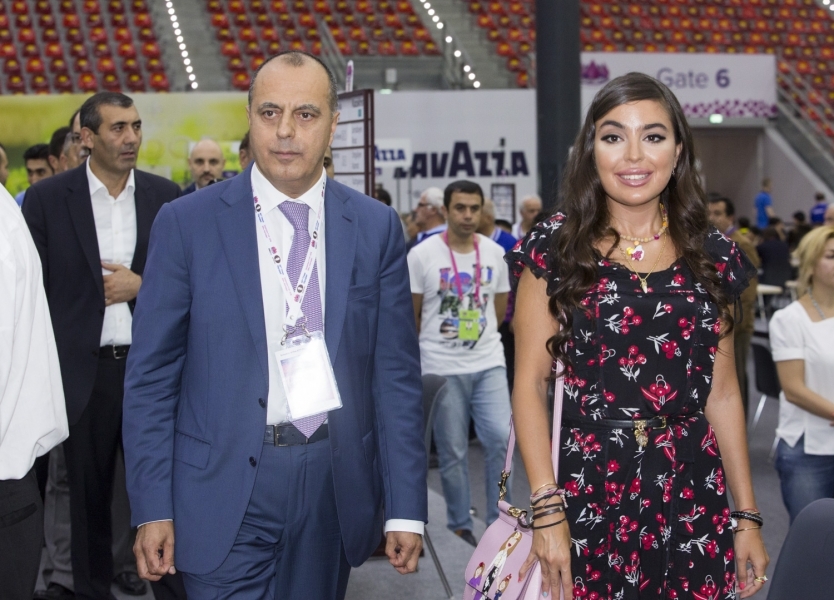 The daughter of the President of the Republic of Azrbaijan Heydar Aliyev, Leyla Aliyeva, paid a visit to the Crystal Hall during the 6th round, observed some games and made the first honorary move in the game between world champion Magnus Carlsen and Julio Catalino Sadorra. 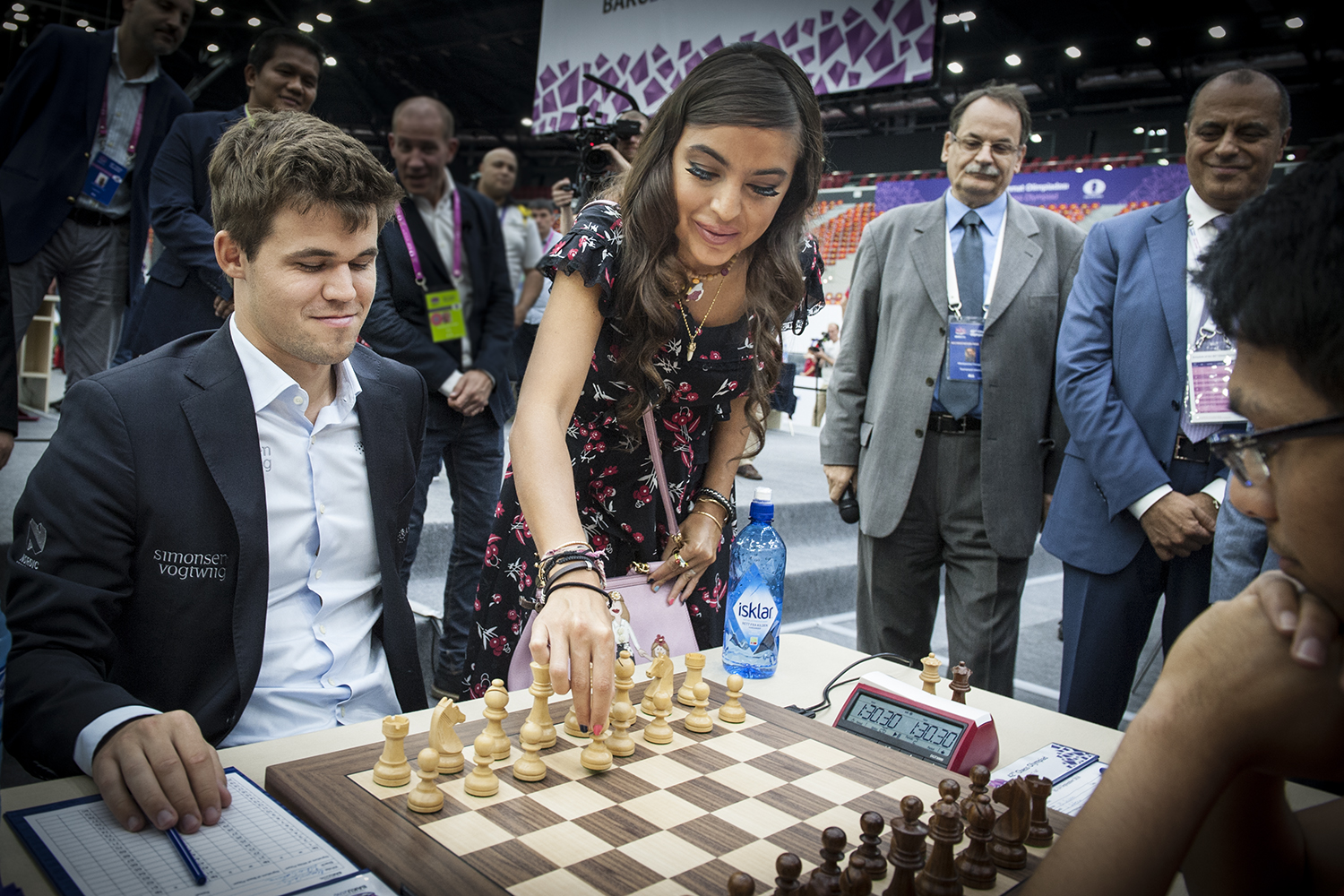