The 14th European Youth Rapid and Blitz Chess Championship for 2014 finished yesterday. One of the biggest festivals of Youth was held in Tallinn/Estonia 12-17 November, 2014.

The closing ceremony took place in Meriton Grand Conference & Spa Hotel. Prizes and the medals specially designed for this event  were handed over by Mr. Andrei Korobeinik, President of Estonian Chess Federation and representatives of the sponsors.  The winners were awarded Lenovo tablets, cups and medals. The four best players in each age category received prizes. The total prize fund of the Superfinal was 2000 euros.

The Championship consisted of 5 different competitions, and below are the results:

In the youngest category Boys U8 Aslanov Umid from Azerbaijan won the title with 8 points, half a point more than silver Atovmian Artem from Russia. Bronze went to Siniauski Artsiom from Belarus with 7 points.

Ajusheva Renata from Belarus triumphed in the group Girls U8 with maximum score – 9/9! Second place went to Poluektova Arina with 8 points and third to Rudnik Viktoria (EST) with 6 points.

In the group Bpys U10 Suleymanli Aydin from Azerbaijan won gold with 8 points. Silver went to the Estonian Pedoson Georg Aleksander with 7 points and bronze to Polish player Oglaza Oskar with 6.5 points. 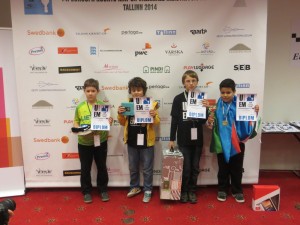 In Girls group U10 another girls won the title with 9/9 – Sinitsina Anastassia from Estonia. Silver went to Shubina Ekaterina (RUS) with 7, and bronze went to Marcinczyk Monika (POL) with 6 points.

Gurvich Vitaly and Mnatsakanian Arsen both from Russia tied for the first place in the group Boys u12, but thanks to better tie-break, gold went to Vitaly. Kosakowski Jakub took bronze medal with the best tie-break in the group of 4 players with 6.5 points.

The first seed in the Girls group U12 Badelka Olga from Belarus justified her role of the main favourite and triumphed with the perfect score. Her compatriot Mitskevich Yauheniya took silver medal with 7.5 points, while bronze went to Rudzinska Michalina from Poland.

Another first seed Mesaros Florian from Austria in the group Boys U14 triumphed without any troubles. He gained 7.5 points, full point more than Kazakovskiy Valeriy (BLR) and Janik Igor (POL) who won silver and bronze respectively.

FM Dragnev Valentin from Austria won the title in the group Boys U16 with 7.5 points. Second place went to Lithuanian player Stremavicius Titas with 6.5 points, and Sirosh Ilja from estonia came third with 6.5 points and worse tie-break.

Girls U16 played a Round Robin tournament and the final results showed that the competition was very interesting. Three players tied for the first place with 7 points, but the title finally went to WFM Harazinska Ewa from Poland who had the best tie-break. Silver went to Schnegg Anna-Lena from Austria and bronze went to mai Narva from Estonia. 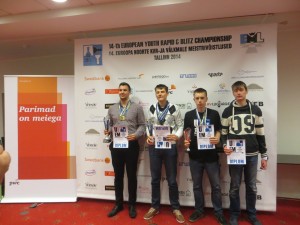 Lithuanian IM Laurusas Tomas won in the oldest Boys group with 7 points. IM Lugovskoy Maxim from Russia and FM Ladva Ottomar from Estonia tied for the second place with 6 points, but due to the tie-breaks silver went to the Russian and bronze to the domestic player.

Full standings can be seen at Chess-Results

In Girls section Mai Narva became the Champion after defeating Bivol Ana in the finals with 2:1, while the third place went to  Badelka Olga. Results

Champion in Boys section is Laurusas Tomas from Lithuania who defeated his compatriot Stremavicius Titas with 2:1 in the finals. Bronze went to Ladva Ottomar from Estonia. Results 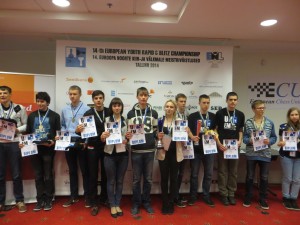 Blitz competition took place on November 16th and consisted of three categories: U10, U14 and U18 separate for boys and girls. The rate of play was 3 minutes + 2 seconds per player.

Suleymanli Aydin from Azerbaijan triumphed in the group Boys U10 with 7.5 points, while Sinitsina Anastassia (EST) became the Champion in the youngest girls category with 9/9.

Kazakovskiy Valeriy (BLR) became the Champion in the group Boys U14 with 8 points, and Badelka Olga won in the same age group in Girls section with 8 points.

IM Lugovskoy Maxim became the Blitz Champion in group Boys U18 with 8.5 points, and WIM Bivol Alina triumphed in Girls U18 with the same score.

Three categories: U10, U14 and U18. Teams wre composed of 3 boys + 1 girl and two reserve players, and one team was allowed to have players from maximum two National Federations. The Championship was played  according to the Swiss System in 7 rounds, with time control 10 minutes + 5 seconds per player. Here are the results:

The team of Russia became the Champion of the Rapid Team Championship in the group u18, while Belarus took titles in the both remaining groups U10 and U14. Full standings

In the category U14 Bilan Danila from Russia gained 38 points with time 1:02 and secured the title. FM Zarubitski Viachaslau from Belarus solved the problems very fast in only 0:41 seconds but eventually scored 36 points and had to satisfy with silver. Bronze went to Pavlov Danila with the same number of points and time 0:57.

In the youngest group U10 Abrazevich Yauheni (BLR) won gold with 36 points and time 1:45. Silver went to Suleymanli Aydin (AZE) with 32 points and bronze went to Morgunov Marc (AUT) with 30 points.

The organizer of the Championship was Estonian Chess Federation in cooperation with the European Chess Union. 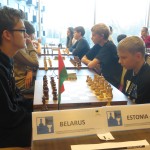 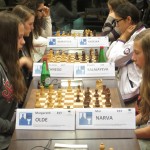 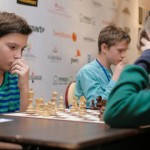 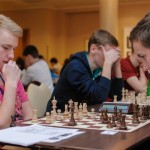 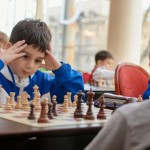 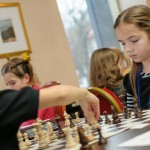 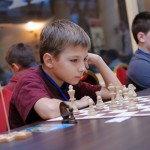 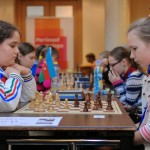 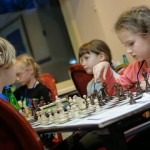 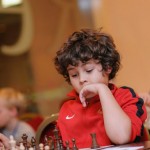 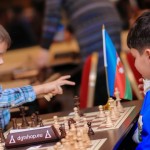 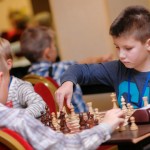 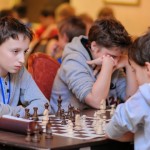 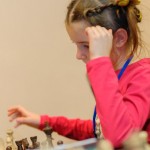