The 25th European Youth Chess Championship, the most numerous Championship in the ECU calendar finished yesterday in Porec/Croatia. 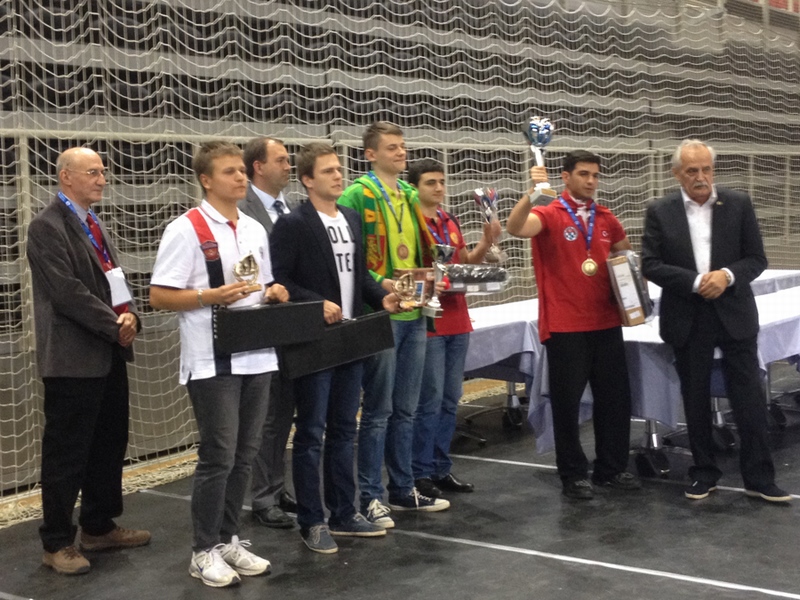 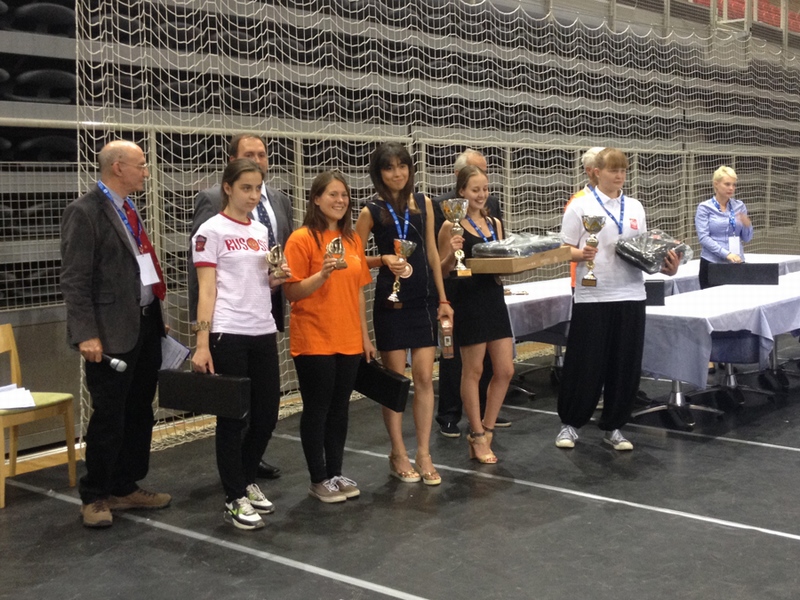 The 24th seed German Sawlin Leonid (2258) took gold in Open U16 with 7.5 points, while the first seed IM Kelires Andreas (2432) from Cyprus had to be satisfied with silver with half a point behind. Bronze went to Tuncer Tuna (TUR 2243) with the best tie-break in the group with 6.5 points. 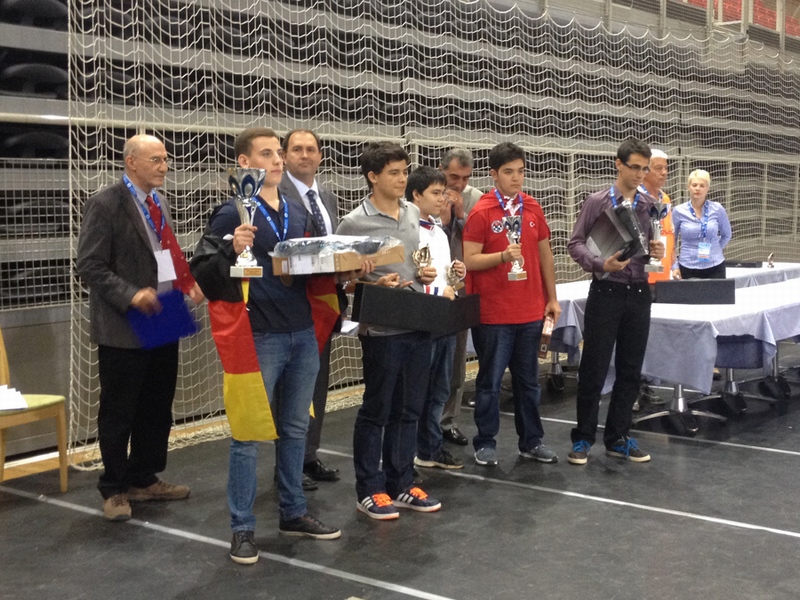 WFM Kazarian Anna-Maja (NED 2259) won the Championship in Girls group U16 with 7.5 points, ahead of Drogovoz Irina (RUS 2253) and Antolak Julia (POL 1945) who took second and third place respectively with 6.5 points. 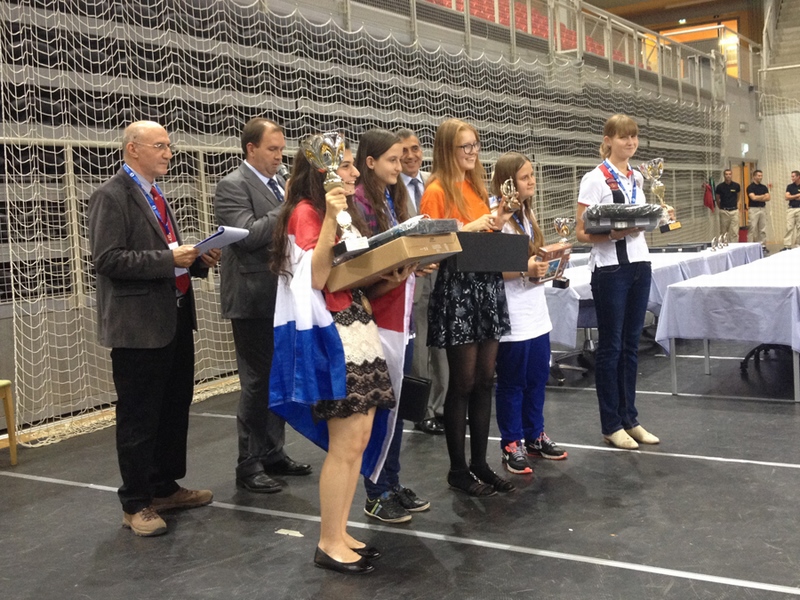 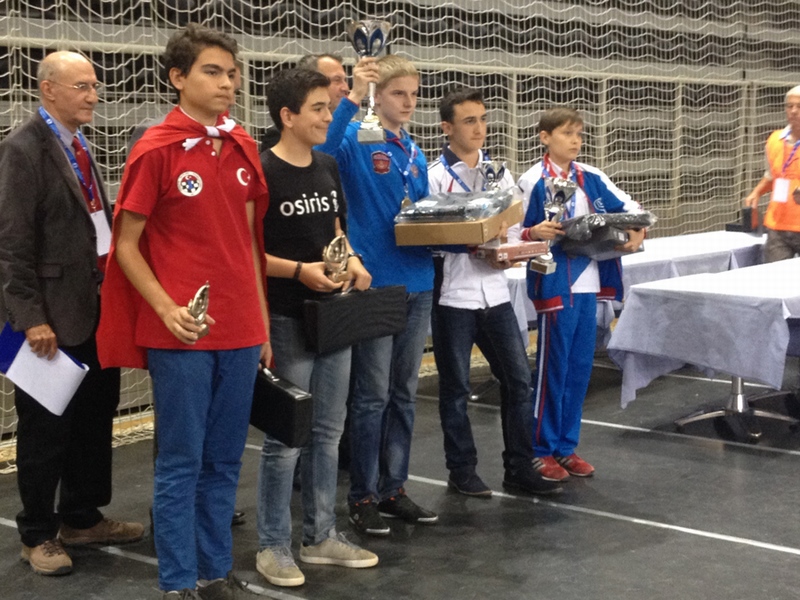 In group Girls U14 Russians were victorious in battle for all three medals. WFM Kochukova Anna (2049) won the title with 7.5 points, followed by Maltsevskaya Aleksandra (2107) and WFM Obolentseva Alexandra (2084) with 7 points. 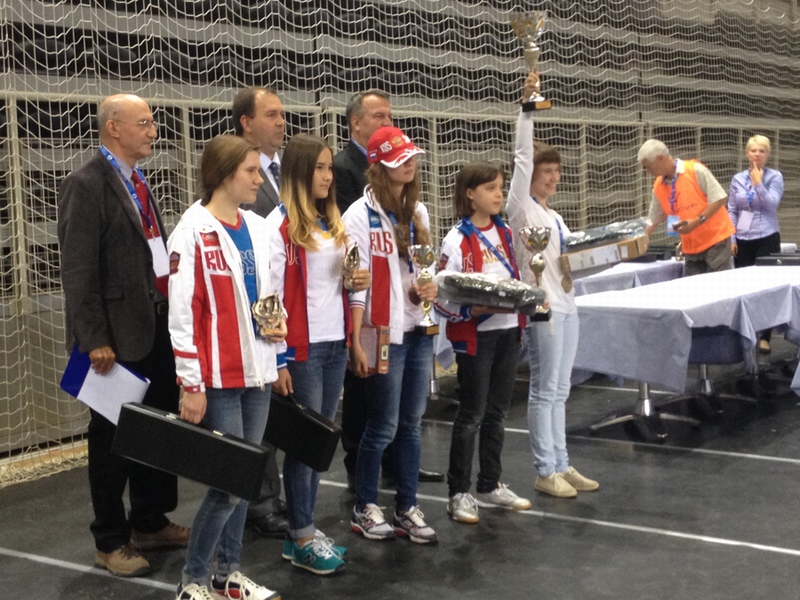 Shubin Kirill (RUS 2176) triumphed in Open U12 with 7.5 points. Ognean Mihnea-Ionut (ROU 2164) scored the same amount of points, but hhe had worse tie-break than the Romanian. The bronze went to the Slovenian Subelj Jan (1964) with 7 points. 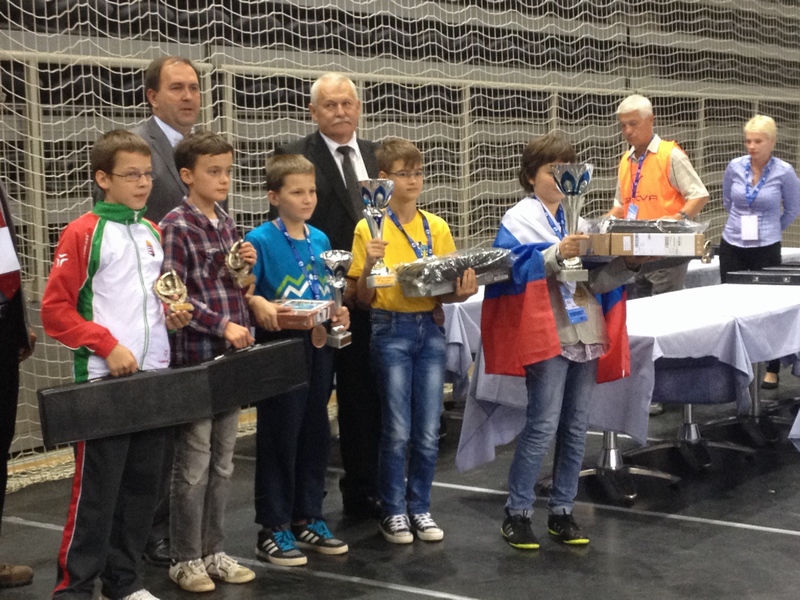 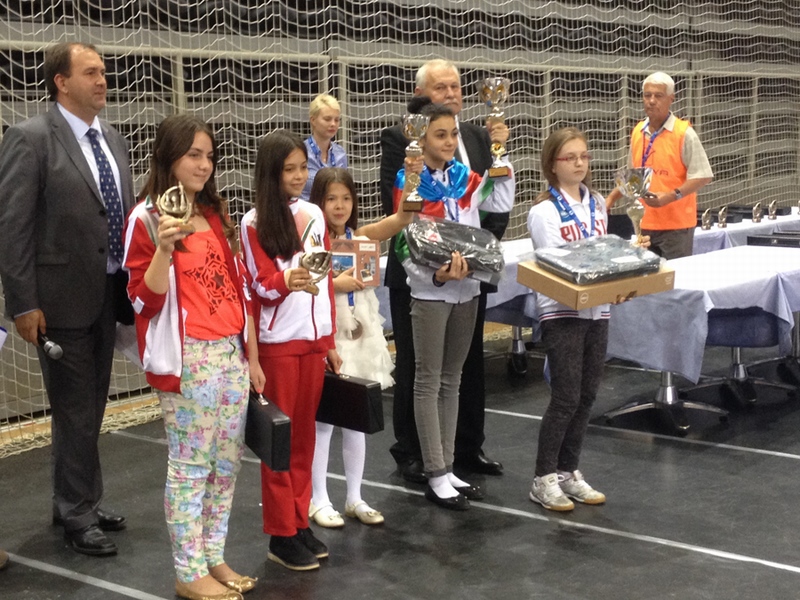 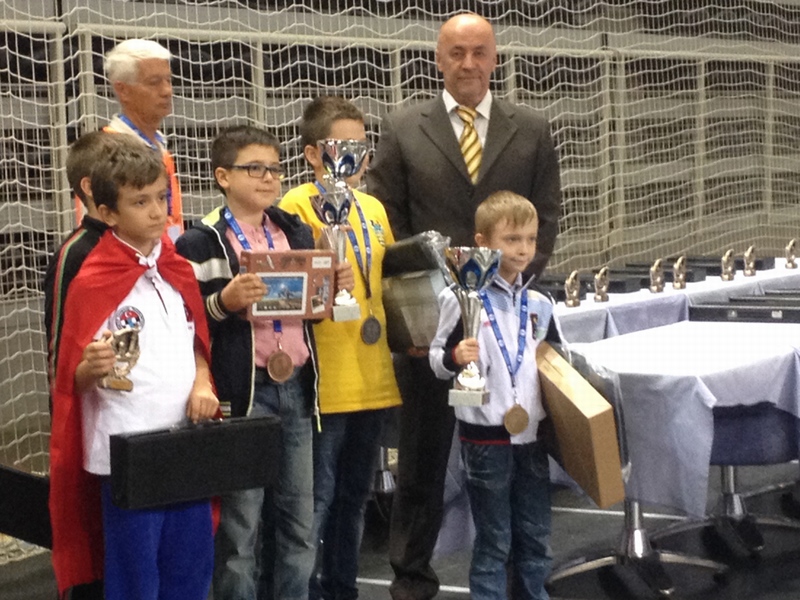 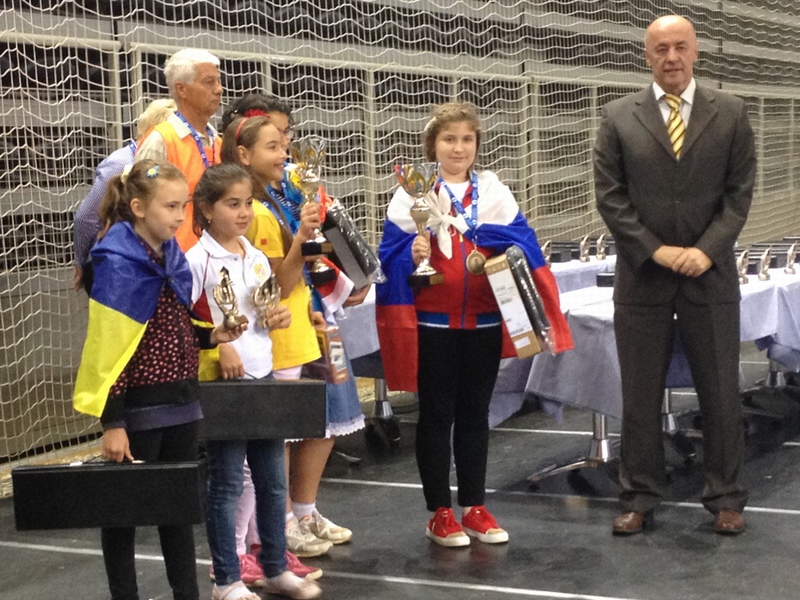 In Open U8 the title went to Navumenka Mikhei from Belarus, who scored 8 points. Silver medal went to Samadov Read (AZE 1409) with 7.5 points, while Lystsov Leonid (RUS 1633) took bronze with 7 points. 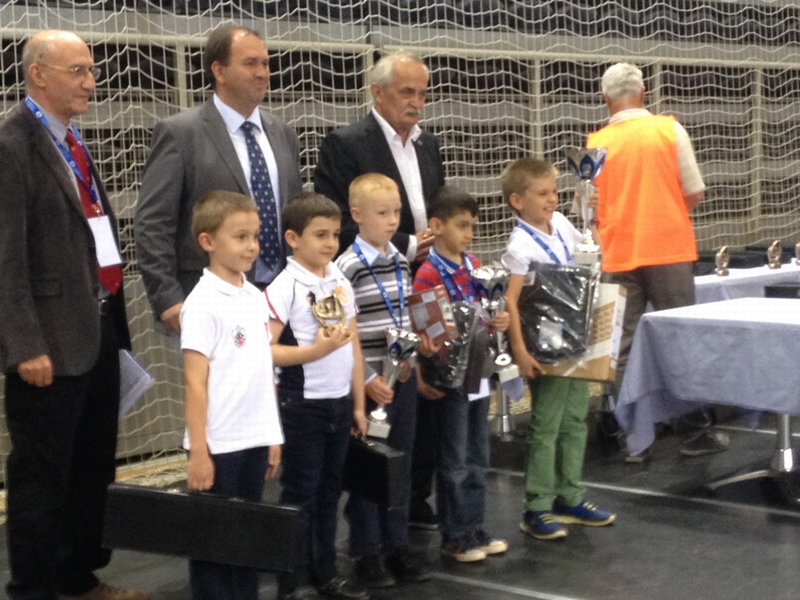 In the youngest Girls category Veremyuk Veronika from Ukraine became the European Champion and the only player who managed to score 9 out of 9! Markus Molli Amina (HUN 1330) came second with 7.5 points, and Gadasi Noam (ISR) came third with 7 points. 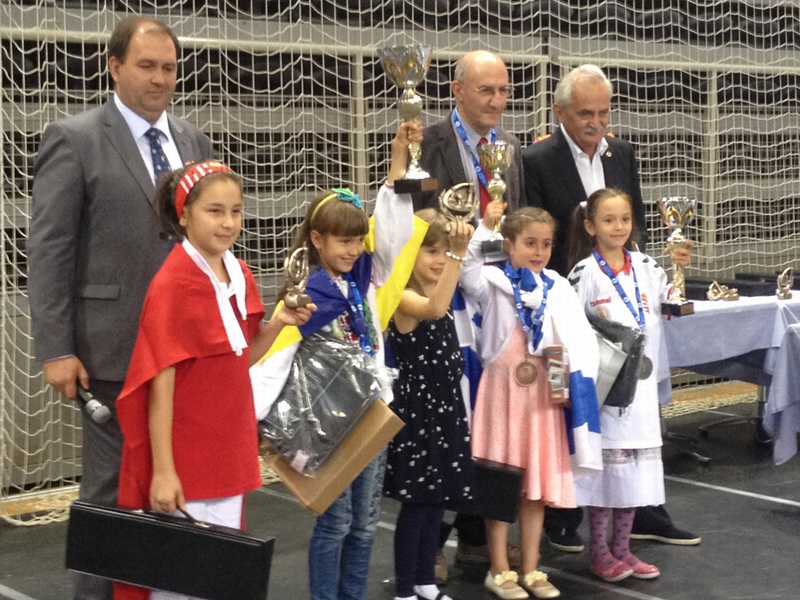 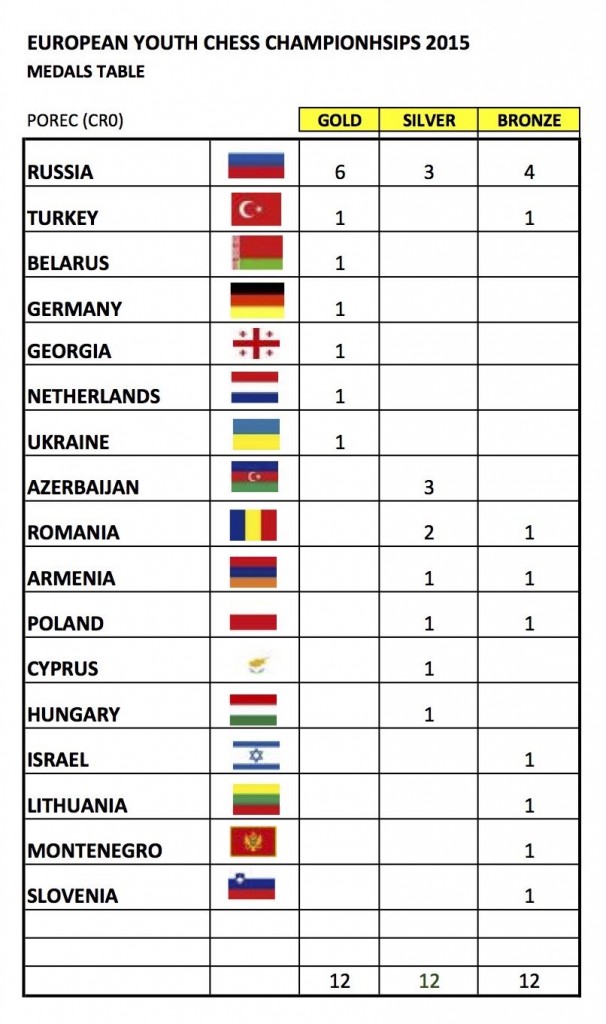 The Championship was organized by the Croatian Chess Federation, under the auspices of the European Chess Union.