Two thirds of the tournament are behind us and so is free day with its plentiful choice of trips and side events.

Most of the participants have chosen, as expected, trip to the historical centre of Prague. Prague is considered one of the most beautiful cities in Europe and rightly so. We had the time to show just a glimpse of what Prague has to offer, namely the Oldtown square, the Jewish quarter and the Charles bridge. For those who just wanted to have fun, we prepared trip to Aquapalace Prague – the largest water park in Czech Republic. And for more technically oriented, there was a trip to the National technical museum and a visit of the old waster water treatment plant in Bubenec.

Those who stayed at the hotel could participate in a rapid tournament. Winner among 42 players (including 4 fide masters and 3 international masters) was 15-year-old Yevgeniy Roshka from Ukraine. Evening blitz tournament was much larger with 192 players, 24 fide masters, 6 international masters and even one grandmaster, but 16-year-old FM Gokerkan Cem Kaan from Turkey was the champion in the end. 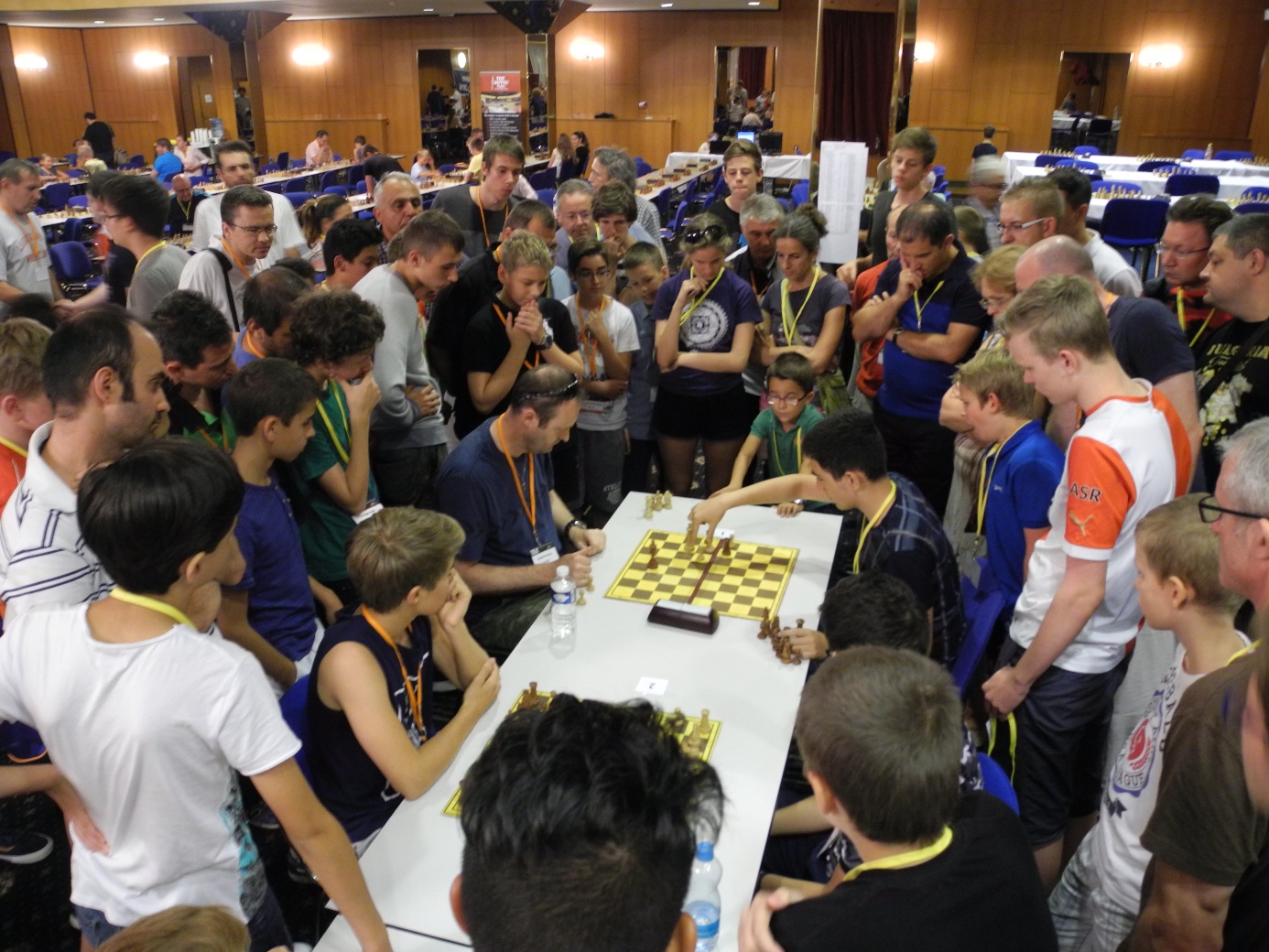 Everybody’s eyes are on the championship of course. Only 2 players managed to get a full point lead on rest of the field. This is no big surprise in category G14, where the leader is Aleksandra Maltsevskaya (2341) from Russia. This extraordinary young lady has been very successful at the European youth chess championship in the past years – finishing 3rd in 2014 (in category G12) and 2nd in 2015 (G14). She was also first in the starting list with more than 50 elo points lead on the second and it looks like she is well prepared to get the gold medal this year. 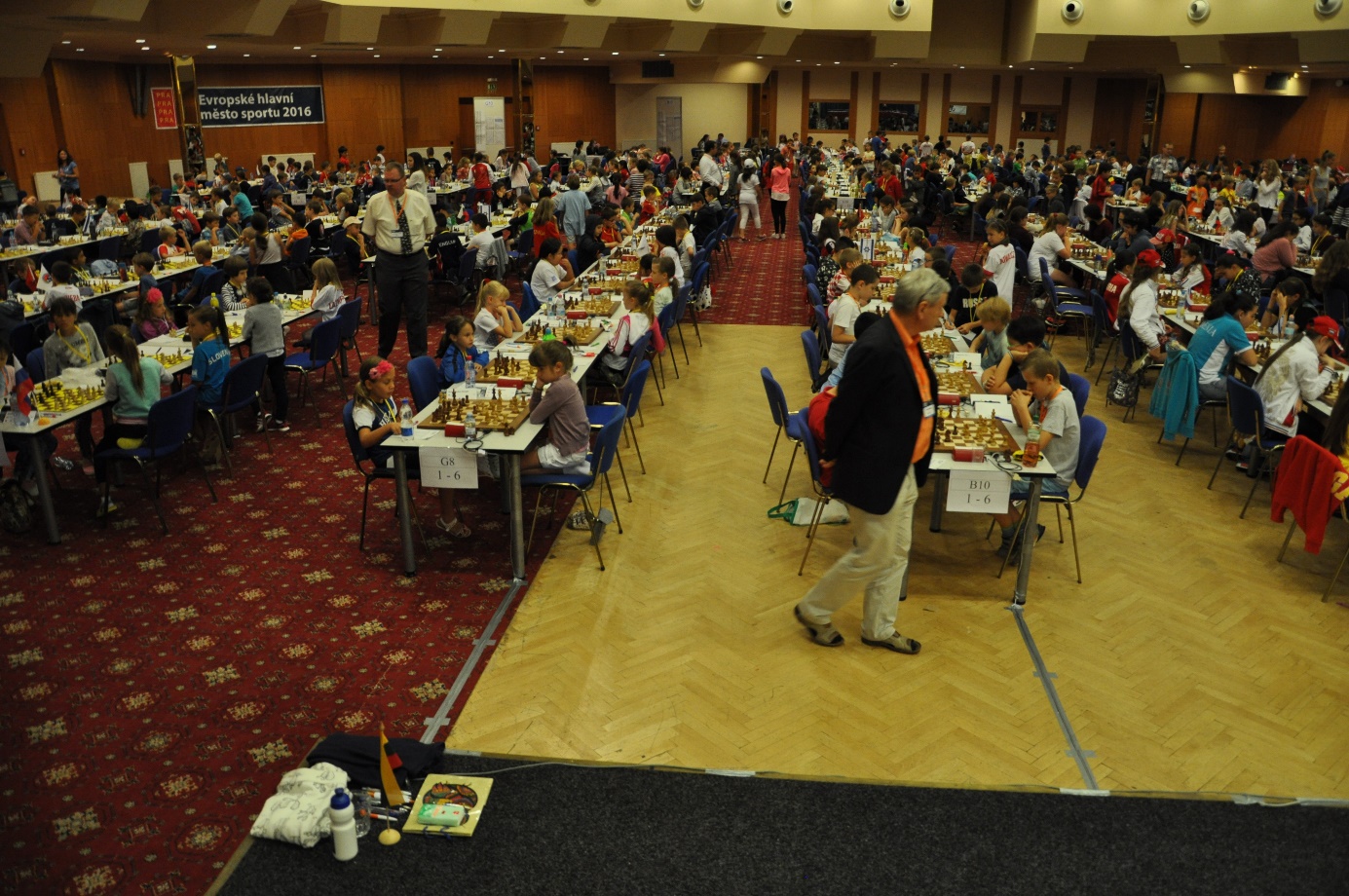 More surprising is the lead of FM Viachaslau Zarubitski (2300) from Belarus in B14. This young gentleman is a very good player indeed with a bronze medal from EYCC 2014 (B12) and a silver medal from World youth chess championship 2014 (also B12). However, his rating did not rise in the last two years as much as the rating of his peers, so he was ranked 12th in this tournament. He definitely proved that rating is not everything though and the odds are in his favour to win the championship.

For the last 4 days of the championship, organizers prepared a short trip to Petrin and Royal Canonry of Premonstratensians at Strahov and we of course have the 3 most thrilling and important rounds still ahead of us. Most of the categories are still wide open, so we highly recommend watching the live games so you don’t miss the most interesting part of the tournament.