The government of Georgia, government of Adjarian Autonomous Republic and Georgian Chess Federation under the auspices of European Chess Union organize the 16th European Individual Women’s Chess Championships for 2015.

The championship will be held in Chakvi, Adjara (13 km from Batumi) in Georgia, from May 18 (day of arrival) until May 31 (day of departure) 2015. The official venue of the tournament will be the hall in 5 ***** hotel “Oazis Palace Chakvi”.

The championship will be played as a Swiss tournament in accordance with the ECU Tournament Rules and FIDE Rules of Chess. The time control will be 90 minutes for 40 moves, followed by 30 minutes for the rest of the game + 30 seconds increment per move, starting from move one.

The 16th European Individual Women’s Chess Championships is a qualification event for the next World Women Championship. According to FIDE regulations and the decision of the ECU Board, 14 players will qualify.

The registration deadline is 1st April 2015.

The tournament will be held in Kutaisi, Georgia, from May 31 (day of arrival) until June 4 (day of departure) 2015. The tournament hall will be in Hotel “Bagrati”. 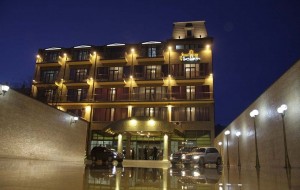 All players will have free transportation from Chakvi to Kutaisi (120km) by special comfortable mini buses. Players will ELO 2500+ will be provided with full board accommodation in hotel “Bagrati” from May 31st to June 4th.

The Championship will be played as an 11-round Swiss tournament with the rate of play 15 min + 10 seconds increment per move.

In addition to that, ACP introduces the prizes for the ACP Premium Members, participating in the Championship. These prizes are compatible with the overall prizes. A player can win both a regular prize and an ACP prize. In order to be eligible for the ACP prizes, the participant has to become the ACP Premium Member before June 1, 2015. In a case of a tie, the prizes are shared between the players with the same number of points.

Official invitations can be found below or here