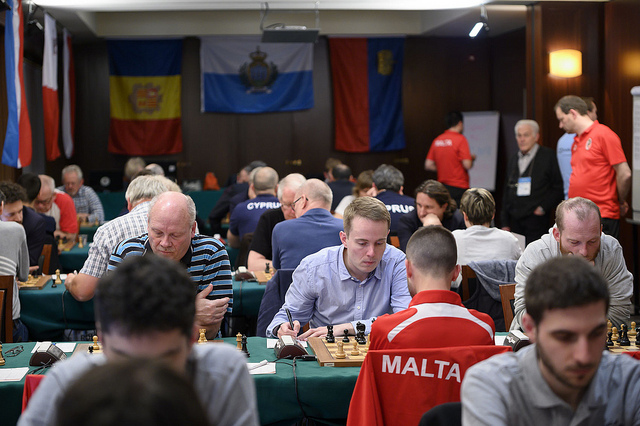 The Opening ceremony, welcoming buffet and the technical meeting of the event took place on Saturday evening, while the first round started yesterday, after the FIDE President, Mr. Arkady Dvorkovich, played the first move on the top board of the Championship. The playing venue of the event is Grand Hotel San Marino. 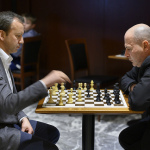 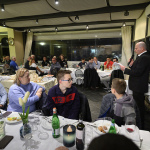 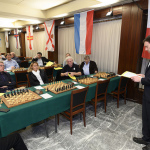 The event participate 10 teams (Andorra, Cyprus, Faroe Islands, Guernsey, Jersey, Liechtenstein, Luxembourg, Malta, Monaco and San Marino), who will be playing a 9 rounds Robin round event, with time control 90 minutes for 40 moves plus 30 minutes for the rest of the game, plus 30 seconds increment for every move played starting from the first move. 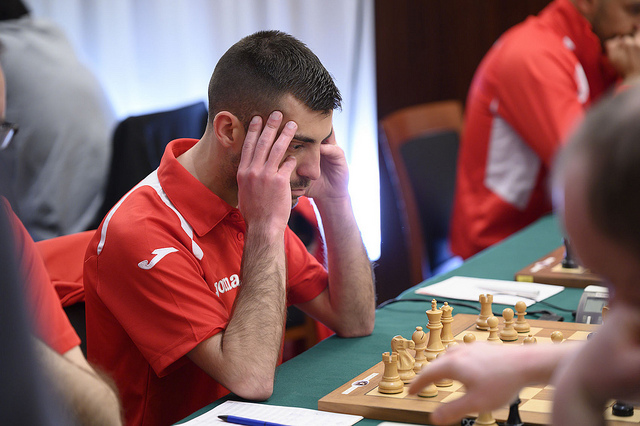 Pairings, results, and rankings are available here, while the live broadcast of the games can be followed through the official website of the event. The second round starts at 15:00 (local time).

The organizer provided prizes for the best ranked three teams and a special prize for the best player of each board (single board prizes).