European Amateur and Senior Chess Championships 2019 concluded yesterday in Rhodes and the Awarding ceremony took place in the evening in Hotel Olympic Palace. 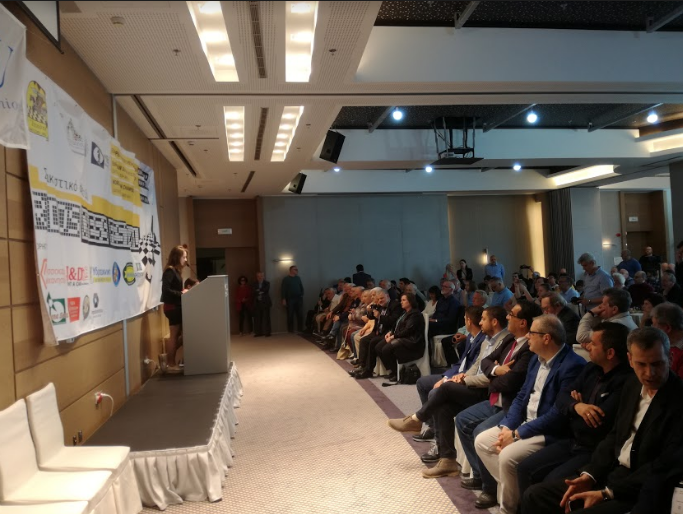 The Closing ceremony of the event attended, among other officials, by the Vice Governor of South Aegean Region Mr. Nikolis, Nikos, the Vice Mayor of Rhodes, Pokias, Nikos the ECU Secretary-General, Mr. Theodoros Tsorbatzoglou the Secretary of the FIDE Management Board & Assistant to FIDE President Mr. Vadim Tsypin  who  awarded the best players of several sections of the event. The Chief Arbiter of the event Mr. Marco Biagoli announced the winners..

GM Sturua Zurab (GEO, 2531) became European Senior Chess Champion 2019 in section 50+, after he tied for the first place with GM Pavlovic Milos (SRB 2492), since each had the score of 7.5 points. According to the tiebreaks, Sturua took gold and Pavlovic silver medal. Bronze came to Terentiev Sergei (LAT, 2252) with 6.5 points. 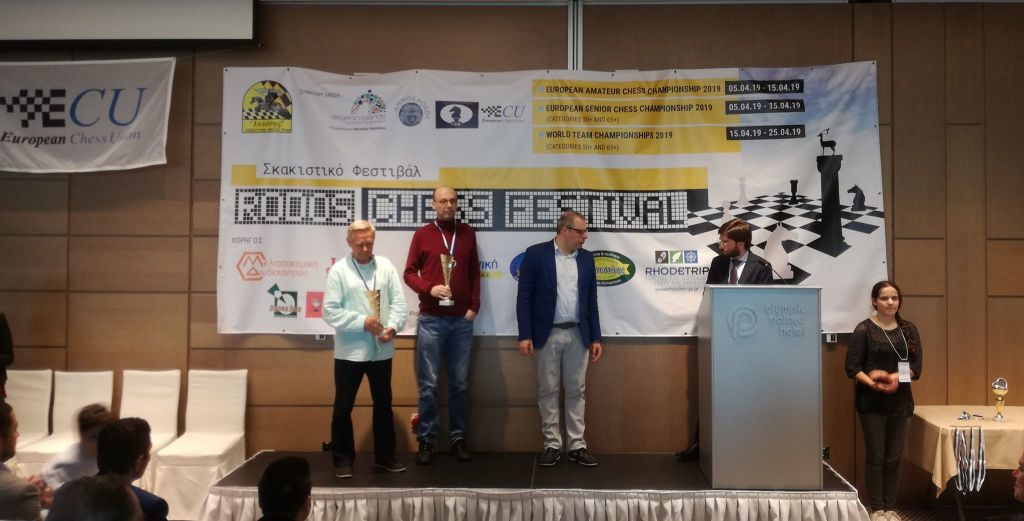 Women’s section 50+ merged with the open section, and the European Women’s Senior 50+ Champion became WGM Grabuzova Tatiana (RUS, 2323) with 5.5 points. She tied with WGM Makropoulou Marina (GRE, 2160) who had the same score, but the tiebreaks decided Makropoulou to get the silver. Third place went to WGM Mednikova Svetlana (RUS, 2094) with 5 points. 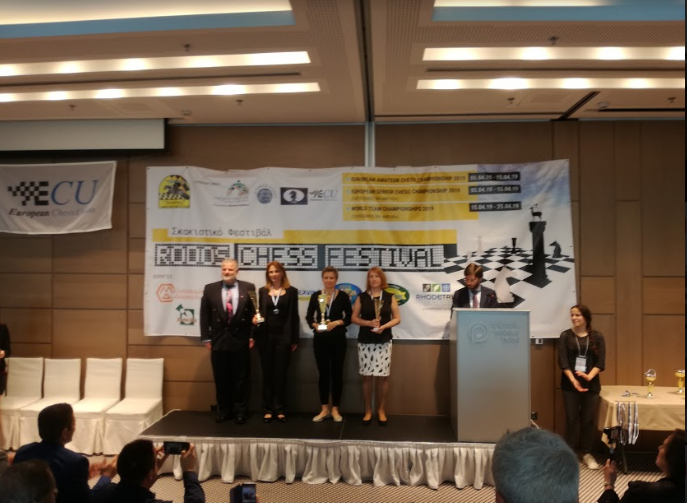 GM Kristiansen Jens (DEN, 2376) was the sole Winner of section 65+ with a full point ahead of the runner-ups. GM Balashov Yuri S (RUS, 2470) was second with a score of 7 points and IM Birnboim Nathan (ISR, 2365) and Chevelevitch Evgueni Dr (GER, 2416) tied for the third place, each with 6.5 points, but according to the tiebreaks, Birnboim took bronze. 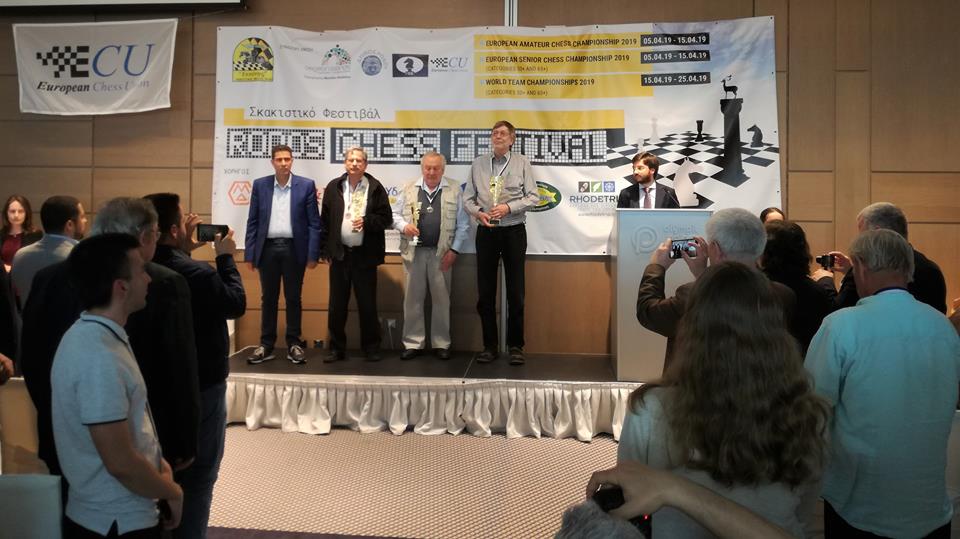 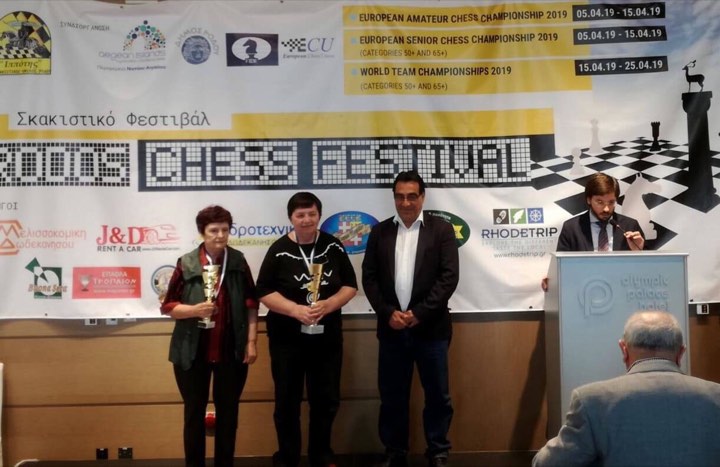 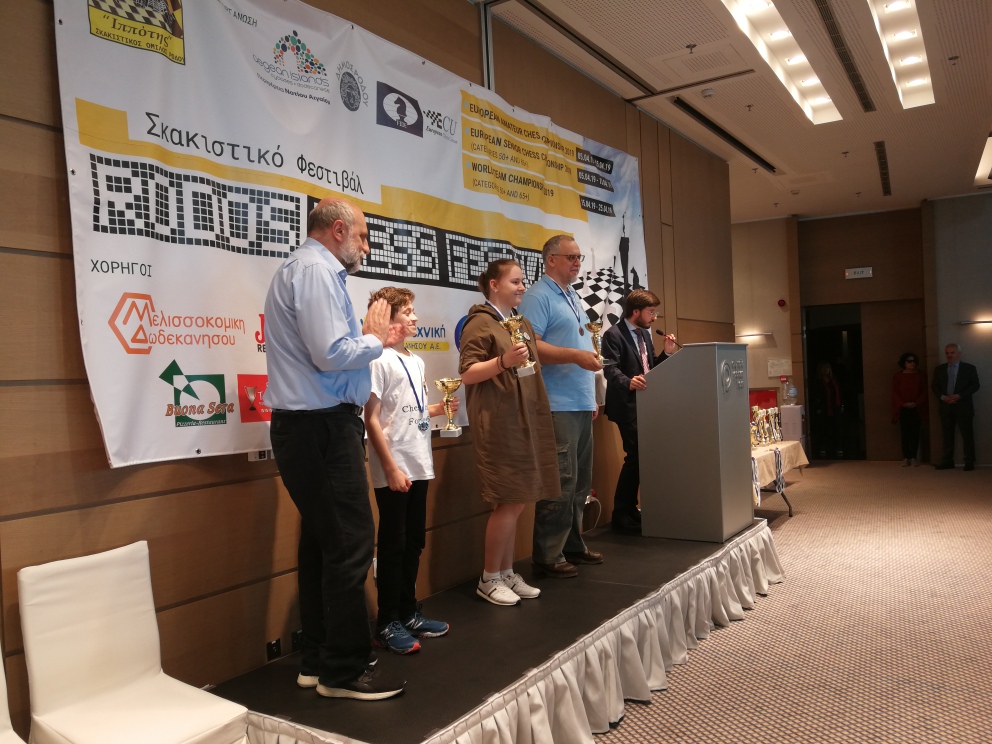 In category U2000, Demirbas Emre (TUR, 1960) and Ruzic Pia Marie (SLO, 1800) tied for the top each with 7.5 points. Demirbas took the title of the European Amateur U2000 Champion since he had better tiebreaks, Ruzic Pia Marie was second and Kostov Deyan Samuil (ECU, 1830) was third with 6 points. 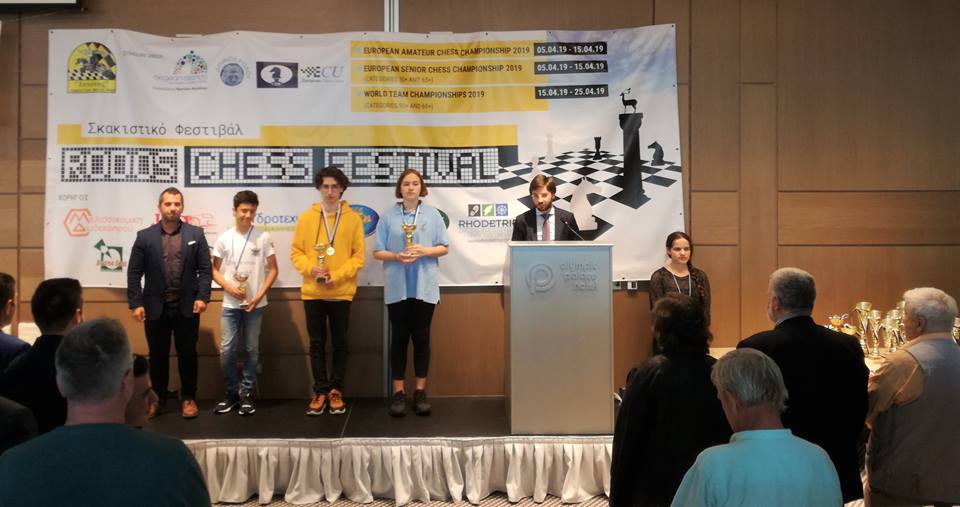 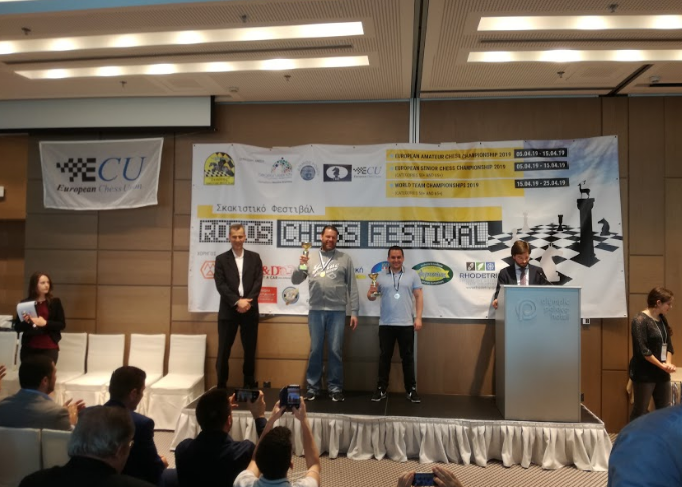