All results are available here. 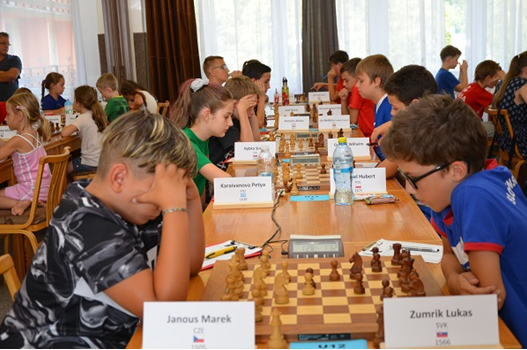 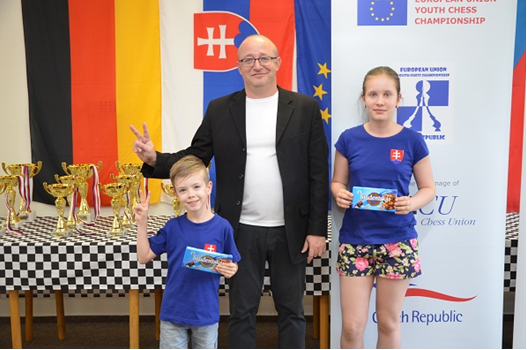 On Sunday there was a blitz tournament, where 27 players (players of EUYCC, coaches, parents) from 9 countries participated. After excellent performance the winner became Svetlana Pritulina (EST, 7 points out of 9 rounds) ahead of CM Teodor-Cosmin Nedelcu (ROU, 6.5 points) and Nellija Maklakova (LAT, 6.5 points). All winners received nice presents. Results can be found here. 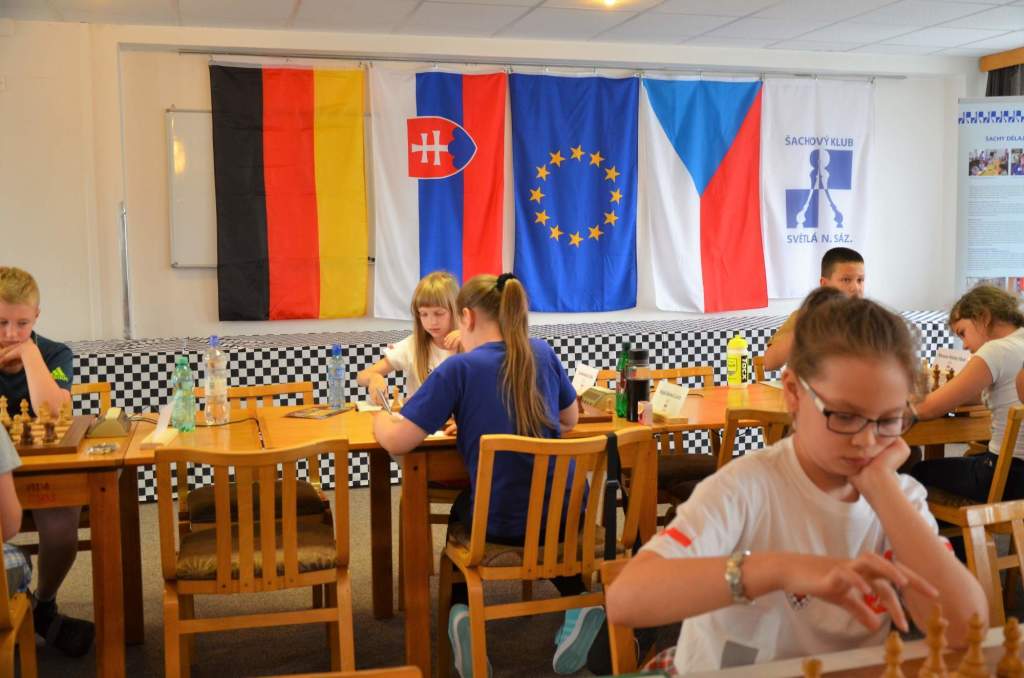 On Monday morning there was return simultaneous game with IM Petr Pisk.  There was 14 players, who had as Petr Pisk 45 minutes on their clocks. The result was 10,5 : 3,5 for IM Pisk (Nellija Maklakova (LAT) won and draw was made by Simona Bochnickova, Adam Sustek (both SVK), Vojtech Prochazka, Vaclav Finek (both CZE) and Emils Janis Mierins (LAT). 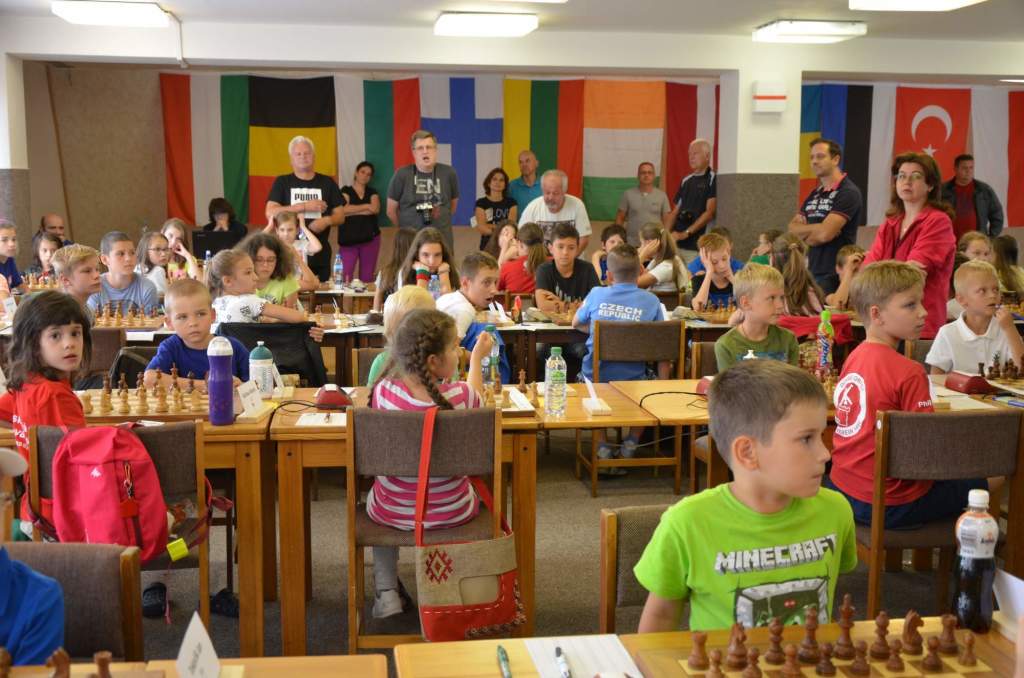 In the hotel there is a lot of possibilities to enjoy the leisure time, daily is possible to play table tennis, football, bowling, use the swimming pool, wellness, etc. Thanks to the good weather, all participants are using the beautiful surroundings of Hotel Dlouhe Strane for walk and relaxation.