Today was a tough day for the participants of the European Schools Chess Championship 2015, as two rounds were played.

For some it was a difficult task, but for Svetlen Ivanov from Bulgaria (Open U7) and Olga Melenchuk from Russia (Girls U9) it wasn’t. They are the only two players in the whole Championship who managed to win all the games and keep the perfect score! 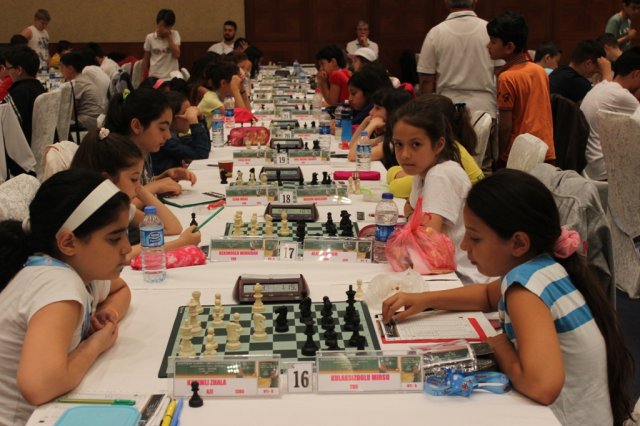 In the section Girls U7 Zeynep Ruya Kaval from Turkey, Olesia Vlasova and Evelına Zavivaeva, both from Russia, share the top with 6 points.

In Open U11 Turkish player Can Haktan Unat leads with 6 points, while in Girls U11,  Esma Doga Duran is the sole leader with 6 points. 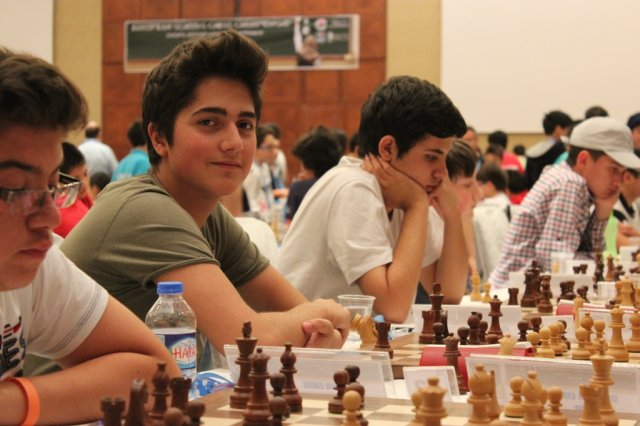 In Open U13, Kanan Karayev (AZE) and Utku Cengiz Acar (TUR) share the top with 6 points. These two players will face each other tomorrow and possibly decide the champion. In Girls U13, the Turkish player Tuana Umay Cıtak is the sole leader.

In Open U15, the two top players Tuna Ozates and CM Bahadir Ozen drew against each other in the 7th round and maintained the lead. In Girls U15, the game between the Russian player WFM Alexandra Obolentseva (2213) and the Turkish player Bengu Sena Ayan ended in a draw, which favoured Obolentseva, who became the sole leader 6 points after the 7th round. 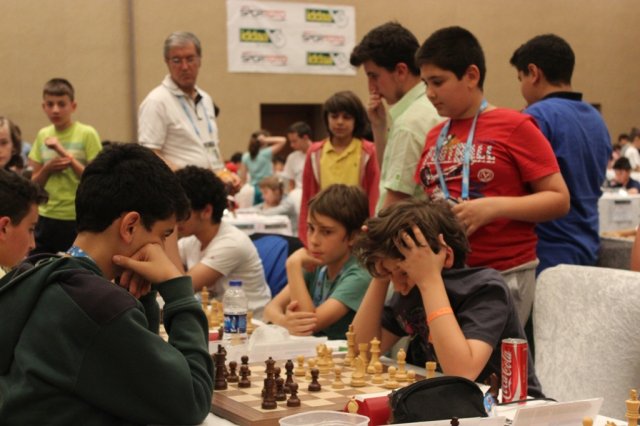 In Open U17, CM Siar Yaran became the sole leader after defeating CM Okan Bulgurlu in the 7th round. In Girls U17, Turkish player Buket Tandogan scored against Lala Firidunlu from Azerbaijan and grabbed the sole lead.

Games are getting more crucial as the tournament is getting closer to an end. The 8th round is on schedule on 01 July 2015 at 4.00 pm with live broadcast on the Official Website 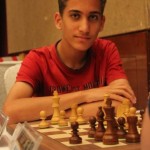 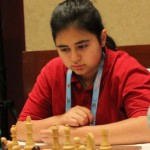 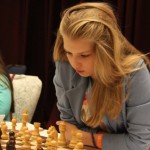 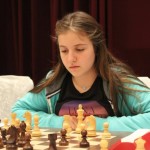 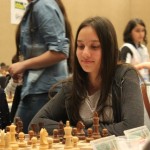 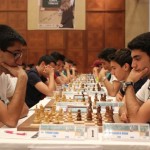 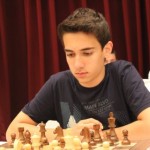 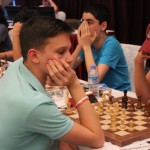 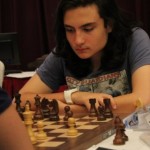 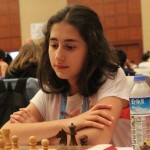 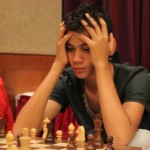 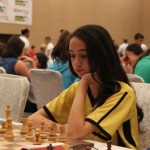 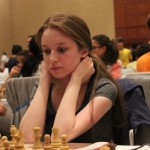 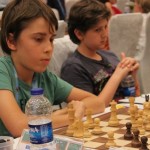 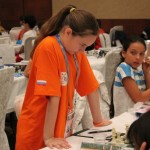