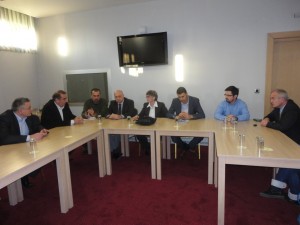 In a friendly atmosphere the current relations between the ECU and Montenegro and its Chess Federation was discussed, as well as the ways of the future cooperation.

After the meeting ECU President held a press conference and gave an interview for the Montenegro National Television. 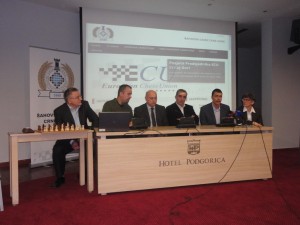 Then Mr. Azmaiparashvili visited the Montenegro Chess Championships 2014 and attended the Championships’ awarding ceremony, where he presented the awards to the winners. 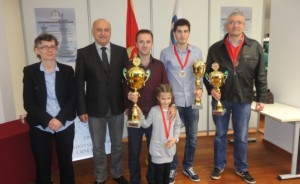 FIDE President, Mr. Kirsan Ilymzhinov, also arrived in Podgorica and was also present at the closing ceremony of the Championships. 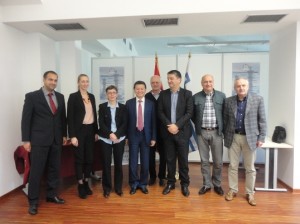 Montenegro Championships were held from 10t till 20th December in the hall of the National Library “Radosav Ljumovic”, gathering the members of the Montenegro Olympic team, as well as the promising young players. Grandmaster Nikola Djukic convincingly won the Men’s Championship with 8,5/11 points, leaving IM Luka Draskovic a full point behind. This is Djukic’s fourth consecutive and fifth overall title. Bronze went to GM Dragisa Blagojevic. The Women’s Champion for 2014 is Nina Delevic. 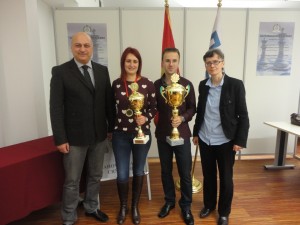 Championships were a part of the “December Days of Chess” in Podgorica which were organized by Montenegro Chess Federation. 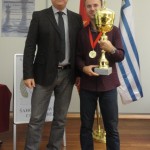 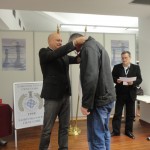 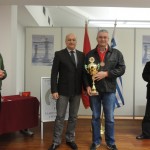 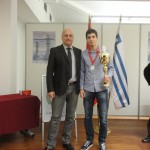 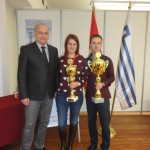 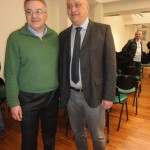 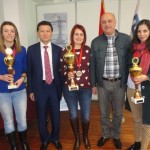 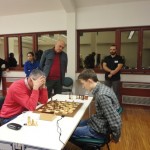 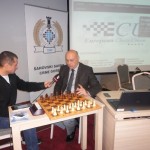 Regarding the organization of the European Chess Club Cup 2015, which will be held next year in Skopje/FYR Macedonia, the President of the European Chess Union, Mr. Zurab Azmaiparashvili paid an official visit to Skopia on 17th and 18th December. He met with the Mayor of Karpos, Mr. Stevco Yakimovski, President of the National Chess Federation, Mr. Blagoja Bogoevski and the Director of the Agency for Youth and Sports, Mr. Marjan Spaseski. 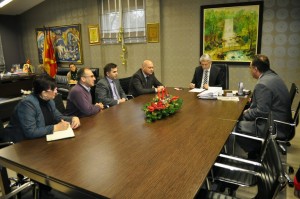 Chess Federation of FYR of Macedonia in cooperation with Chess Club Gambit, and Karpos Municipality, , as main supporter, are the organizers of ECCC 2015  and  singed with ECU the contract for the event.

Mr. Azmaiparashvili expressed his satisfaction that Karpos Municipality, the biggest sports municipality in the country will organize this great event which is one of renowned sports activities in Europe.

– Thank you for the support you generously give and all your enthusiasm. I believe that your organization will succeed in achieving a great and unprecedented sporting event. While investing in the players, we all mutually invest in the future of the smart world. Everything is in the training of the fingers and the brain – Azmaiparashvili said.

ECU President said he expects Skopje to give its best to make the ECCC the most successful event ever. 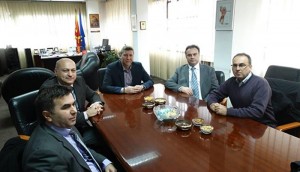 This is not the first European Chess Club Cup which will be held in FYR Macedonia. The city of Ohrid already hosted the ECCC five years ago, in 2001.

As organizers of the European Chess Club Cup 2015  the Mayor Yakimovski emphasized that every year the Municipality organizes International Chess Tournament “Open Karpos” and is already experienced in organizing such great chess tournaments. For the organization of ECC2015 we have already had meetings with top players such as Kiril Georgiev from Bulgaria, Alexandra Kosteniuk (Russia), Robert Markus (Serbia), Zdenko Kozul (Croatia), Bulgarians Antoaneta Stefanova and Iva Videnova, Aleksandra Goryachkina (Russia) and many others – completed Yakimovski. 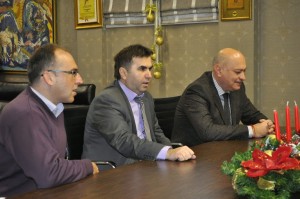 Mr. Spaseski shared the experiences of investing in sports and sports infrastructure of the country, and informed Mr. Azmaiparashvili that FYR Macedonia has been a host to many chess events in history and all of them proved to be excellently organized.

– Our country invests in chess, and in the past our country held strong international chess tournaments, such as “Meeting of Solidarity” (1967-1976), in which World Champions Robert Fischer and Anatoly Karpov took part, then International Tournament “Open Skopje” and Chess Olympiad in 1972, for which Macedonia has received many praises – Spaseski said.

During his visit, president of the ECU was pleased with the quality of preparations for the organization, and underlined that this is real and modern organization of a high-ranking sports event.