The new media policy of the European Chess Union is a long-term partnership with the main chess media for the better and wider promotion of chess, the better conditions for press and multiple benefits for the ECU members and annual competitions.

European Chess Union announces that Chessbase GmbH became an official Media Partner of the ECU after an agreement signed by both sides. 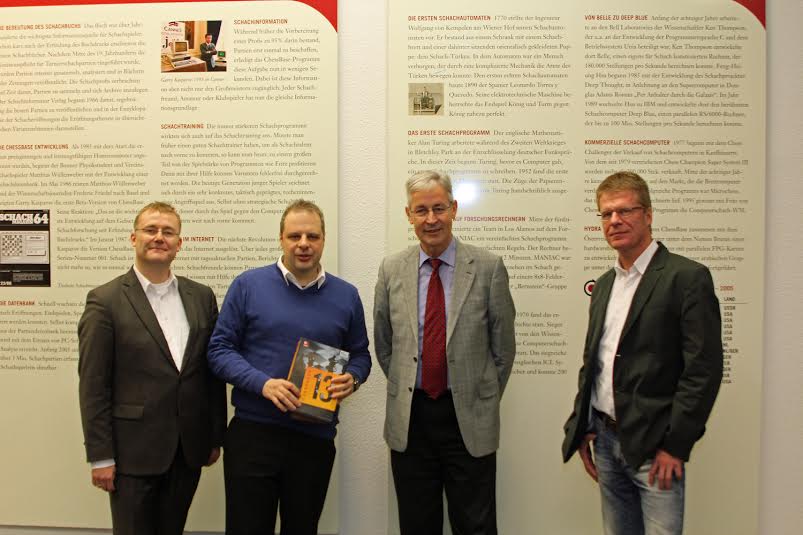 A. The co-operation in the coverage of the ECU annual championships. ECU will provide all the necessary materials for the events’ coverage and the Media partner will promote the ECU and tournament logos through the coverage pages.

B. A large package of free (or discount) offers for the European National Chess Federations.

More specific: Each of the 54 European National Federation will receive for free by 31st May 2015

a bundle of software, produced and distributed by the Media Partner, which contains the following:

Each Premium package costs 370 euros and the total value of sponsorship only for 2015 is more than 20.000 euros value including the shipments’ expenses to its federation postal address.

B. For the years 2016, 2017 & 2018 the Media Partner will provide ECU Federations with free software updates and new products which will be agreed with ECU.

C. The Media Partner undertakes to provide European Chess Federations the option of individually branded Rooms on www.playchess.com, which can be used for playing chess, including online-tournaments, online-chess training, and online simultaneous exhibitions, free of any charge.

D. Workshops: The Media Partner undertakes to offer each ECU Federation participation in workshops at special (discount) rates for the Federation’s administrative/managerial staff, coaches, and officials, whereby the latter (staff, coaches and official) will be trained in the professional use of ChessBase, the website of www.playchess.com and the online chess server playchess.com. The details of each workshop (venue, length, participating consultants and instructors/trainers, and cost – sharing/discount rates) will be agreed with the interested ECU Federations on an individual basis.

E. All the products & services of Chessbase in discounted rates.