The new policy of the European Chess Union is to support European chess values and traditions through key partnerships. Partnerships with the aim to succeed more benefits for the European National federations and the European competitions.

The electronic version is used by Chessbase software which will also be sent to all National Federations.

PGN files could be used anywhere, including Android and iOS for any PGN viewer.

After installation, if CB is installed on computer, it will start automatically.

Here is the video walk-through for Encyclopedia of Combinations, which can be applied for Informant as well.  http://youtu.be/bx8wK6ka0DI

2. Sponsorship of the European Competitions

Chess Informant will be a sponsor of the official European events, by donating suitable educational products, books, CDs. The main proposal is to reward all the winners and runners-up (2nd and 3rd places) from each youth, senior, women category at any particular event. Organizers will receive the material free of charge and they will have the obligation to provide photo materials from the awards ceremonies and place the Chess Informant’s logo in the tournament website. 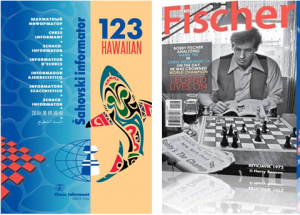 Grandmaster Aleksandar Matanović and his associates founded the company in 1966, for the purpose of offering the rest of the world the sort of access to chess information enjoyed by Soviet players. The company has sold three million books in 150 countries.

Former world champion Garry Kasparov asserted “We are all Children of the Informant,”and explained that his own development as a chess player corresponded with the ascendance of Chess Informant’s popularity. Other world champions, including Anatoly Karpov, Vladimir Kramnik and Vishwanathan Anand, attest that Informant is central to their tournament preparation.