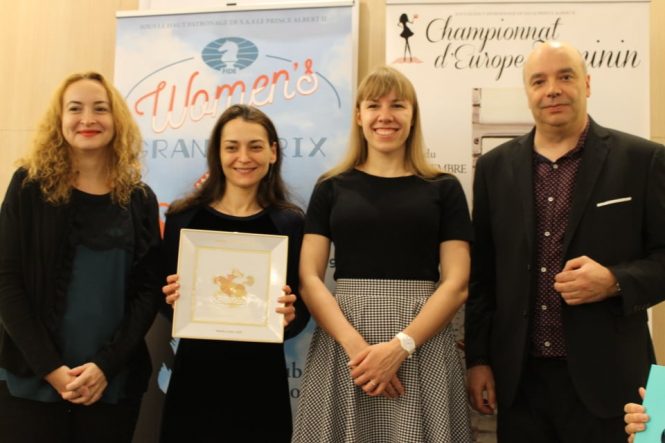 European Women Blitz Chess Championship 2019 was played on 30th December. Despite a loss in the last 13th round of the Championship, Kosteniuk Alexandra was the sole Winner of the event with score of 10 points.

ECU Vice President, Mr. Adrian Mikhalchishin made the first ceremonial move and officially opened European Women Rapid Chess Championship, while FIDE President, Mr. Arkady Dvorkovich made a first move before the start of the 6th round of Rapid Championship in the game between two chess legends: Nona Gaprindashvili and Maia Chiburdanidze.

The Closing Ceremony of the event took place yesterday evening, in Hotel Novotel, official venue of the Championship.